I can’t believe that it’s already been two months with my little nugget. Time has been flying by and he’s changed so much. Looking back at his birth story and his 1 month, the pictures show has he’s progressed from looking like his dad to now starting to pick up traits of me. It’s definitely been a whirlwind of emotions these past two months, especially since Carter made his arrival two weeks early. Though I was ready for him to arrive, nothing really prepares you as a first time mom other than experience. Between breastfeeding, trying to keep house, full-time working as a blog, and then making sure that I am spending all of Carter’s awake time talking, singing, and playing with him, my emotions have been on a crazy rollercoaster. So much has happened and I have tried to capture things to share on Instagram and on blog posts, but that isn’t even enough. This post isn’t going to even cover the most of it, but I want to share with you the highlights that we’ve experienced with our son in his first two months.

HE’S HEALTHY, BUT MOM IS PARANOID

Carter’s two month appointment was a few days ago, and I wish I could say that this was the only appointment that we went to since his one month appointment. But if I said that, it would be a completely lie. As a new mom, I am super paranoid. If anything looks strange, I immediately call or send in a message. It’s great that our pediatrician has a system where you can take a picture and send in a virtual message to which the doctor or the nurse’s see and they’ll either message back or call. Most of the messages that I sent have been little things that required no real attention, the only thing that actually came of his “sick” visits was that our little one has infantile eczema. It’s been calming down A LOT, but at first it looked completely horrible. The pediatrician said that it hurts me more than it hurts him, and by his laughs and giggles, I knew that it did. But the flares and the progression of it made me feel horrible. After researching, I discovered that his eczema is actually triggered by an allergic reaction, so we’ve cut out a number of foods from my diet (since I’m breastfeeding) and there are bath products that we can’t use.

As he is healing from his eczema, and I am happy to say his skin has improved a whole bunch from what it originally looked like, we have had to cut down on bath time and we lather him in Aquaphor. I’ve also joined a baby eczema Facebook group in order to see what other moms are doing to treat their baby who has eczema. I’ve gotten a number of recommendations, but the biggest two (which I have ordered and they are on their way) are Tubby Todd and Eczema Honey. I’m excited to try these out and see how much they improve his skin, which I will share on my Instagram and probably provide an update at his next month’s newborn update.

We are happy to share that baby boy is healthy in weight and height basing it on his size at birth. For moms who don’t know, when you’re baby goes in for those check-ups, the percentiles are based on the “average” full-term baby. Though Carter was considered a term baby, he still arrived early. So what the pediatricians do is they base his weight gain off of what he was at the previous check-up. The best way to look at the percentiles to make sure that your baby’s percentiles stay consistent. It wouldn’t be too great if your baby went from the 64th percentile to the 12th percentile. Oh, and if you’re not understanding percentiles, it basically is a number given on how your baby ranks if he or she was in a group of 100. So, if your baby is in the 42nd percentile, that just means that he/she is bigger than 41 other babies but smaller than 58 of them.

But let’s not focus on weight because a happy and fed baby is a healthy baby.

Carter is laughing, cooing a little and is able to sit up on his arms and raise his head. To be honest, he was born able to pick up his head which is something that not all babies really do until 1 month, but like his mom, he has places to be. He’s also learned how to roll over from his tummy to his back, so we are anticipating that he may learn to roll over the other way sooner than we expect. So with that in mind, we are going to stop swaddling with arms in to transition him out of the swaddle sooner than later. But we will get to sleep in a moment.

He’s also been grabbing things, particularly my shirt or hair, when he doesn’t want to be put down, and his toys when he swats at them and happens to have his hands open. It’s fun to watch him play and interact with his toys as well as watching him look at the outside world when we head out on short Target runs or over to family’s house. 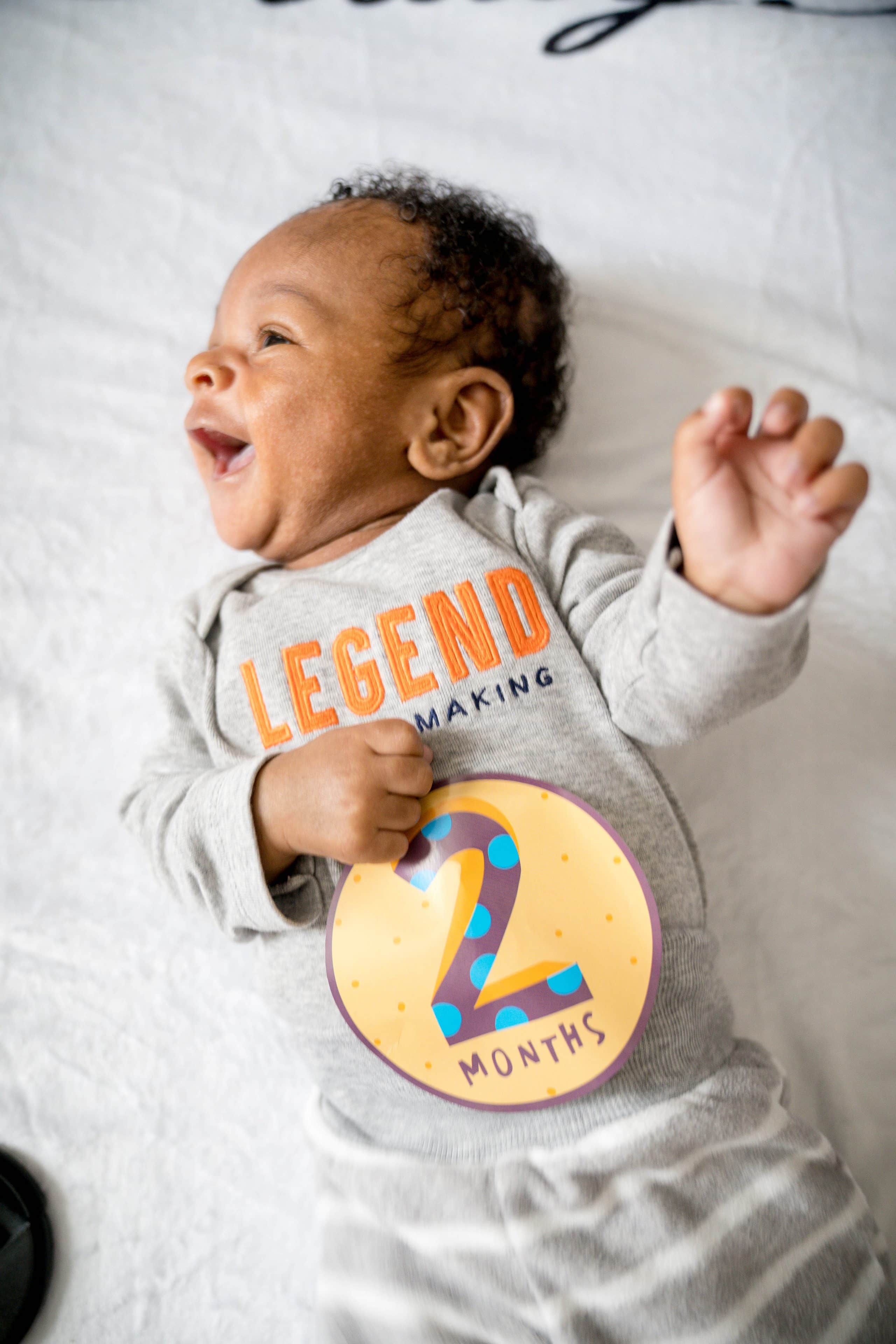 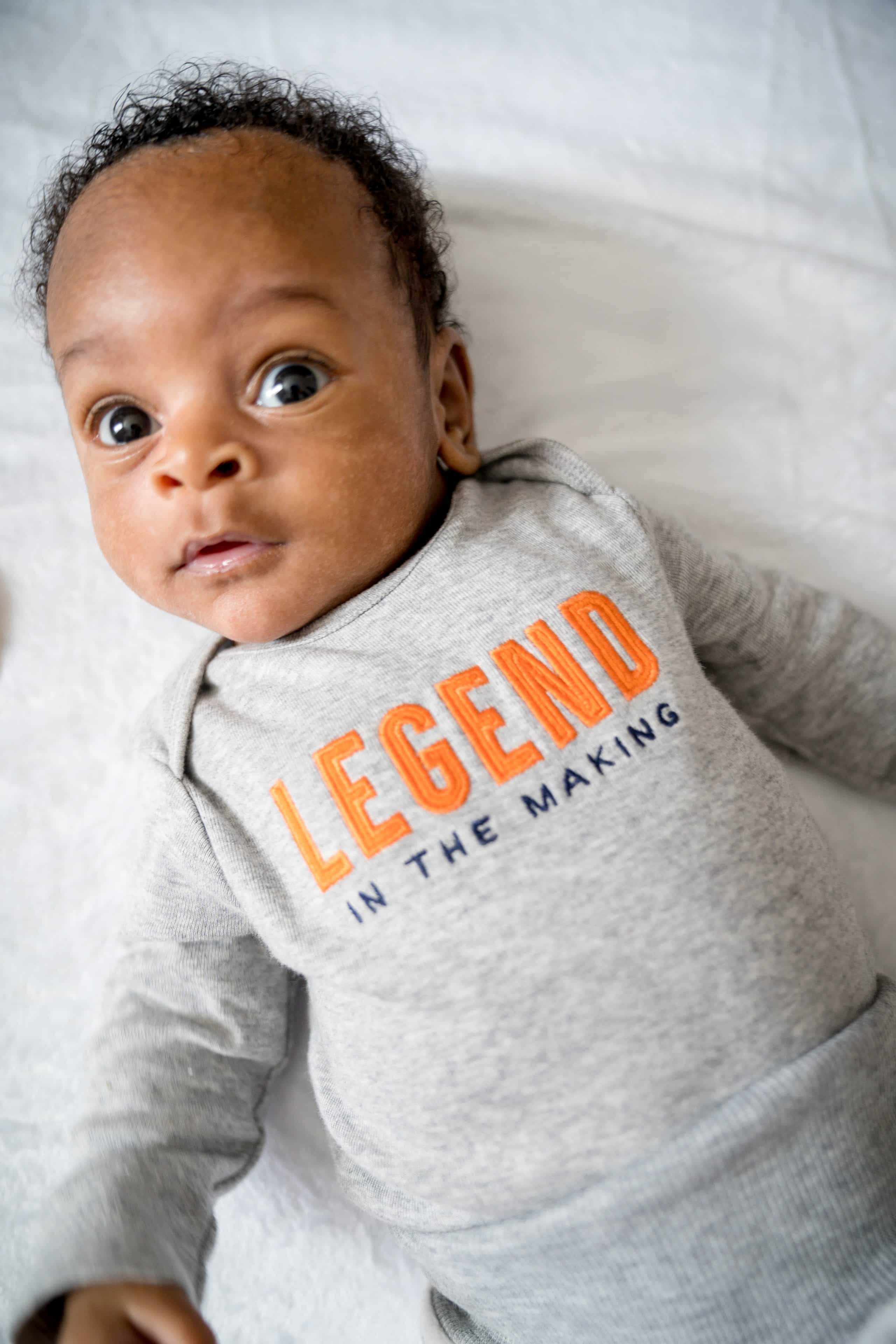 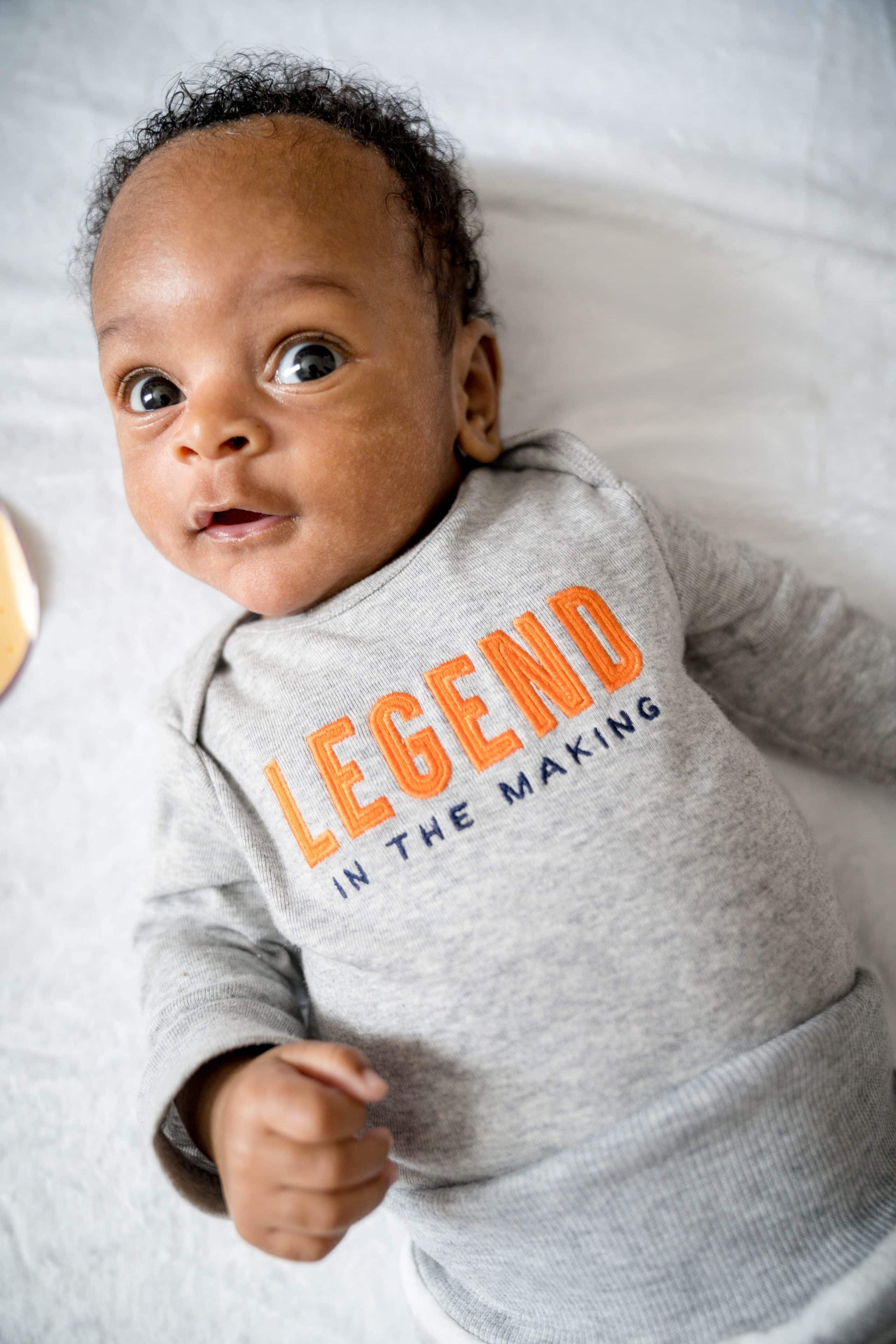 Carter has actually been doing phenomenal sleeping. And I honestly can’t say that I figured this out all on my own. I actually enrolled myself in the Taking Cara Babies class and did the newborn bundle which takes you through month 4. I learned a lot from the online course and I keep learning from her Instagram and blog since she is constantly sharing little nuggets of important baby information. If you’re looking for a visual of a nighttime routine, head to her Instagram and look at the ‘Sleepover’ highlight. It literally helped me so much to be able to see the tips she gives in action.

At 9 weeks, Carter is sleeping 8 hours through the night before he wakes up to be fed again. Then once fed, he is sleep until the morning when he wakes up for the day which is around 7am-8am. When we first were allowed to let him sleep and not wake him up every 3 hours to feed, he still kept to waking up every 3 hours, but with the schedule we put in place and the tips that were given from the course, we have been progressing to one hour more every week – slowly moving towards sleeping through the night.

Here’s the schedule that we currently keep:

Bedtime Routine: We go through the same routine whether it’s a bath night or not. (Since he has eczema, I don’t bathe him every night because it’s not good for his skin.) When I take him up to the room, the Hatch Baby Rest nightlight is already on playing the melody of his favorite song “Twinkle, Twinkle Little Star”. No other lights are on other than the nightlight and I make sure that the Hatch color stays the same every night. His day clothes are removed, he is changed and diaper cream is put on to prevent diaper rash. I then put Aquaphor all over his body while massaging him to keep his skin hydrated due to the eczema and then I put on his jammies.

He’s then put in his Halo swaddle, but not swaddled up just yet and then I dim the Hatch highlight and switch the lullaby off and put on his Rohm portable sound machine. I then give him a bottle of breastmilk while rocking him to give him one last good feed (I do this instead of a dreamfeed), burp him, swaddle him up, rock him a little more, and then as he’s drowsy, I’ll lay him in his bassinet and turn off the nightlight. If he starts tossing and turning, I’ll give him his pacifier, but he usually just goes right to sleep.

The one thing that I have found most important with making sure that he can put himself to sleep is to not immediately pick him up if he starts stirring after I put him down for bedtime. If he starts to stir, I’ll usually wait some time to make sure that it’s not just sleepy movements and then I’ll take action which is usually putting a hand on him, giving him his pacifier and then placing my hand on his chest and rocking him gently in his bassinet. If after 5 minutes, he hasn’t calmed, I will then pick him up. And even if he goes to sleep but then wakes up again, I’ll do the same process. I want to make sure that he doesn’t think that him stirring or making little cries is the way to get picked up when it’s time to go to sleep. Now, this isn’t sleep training, whatsoever, it’s just laying a foundation for great sleeping. 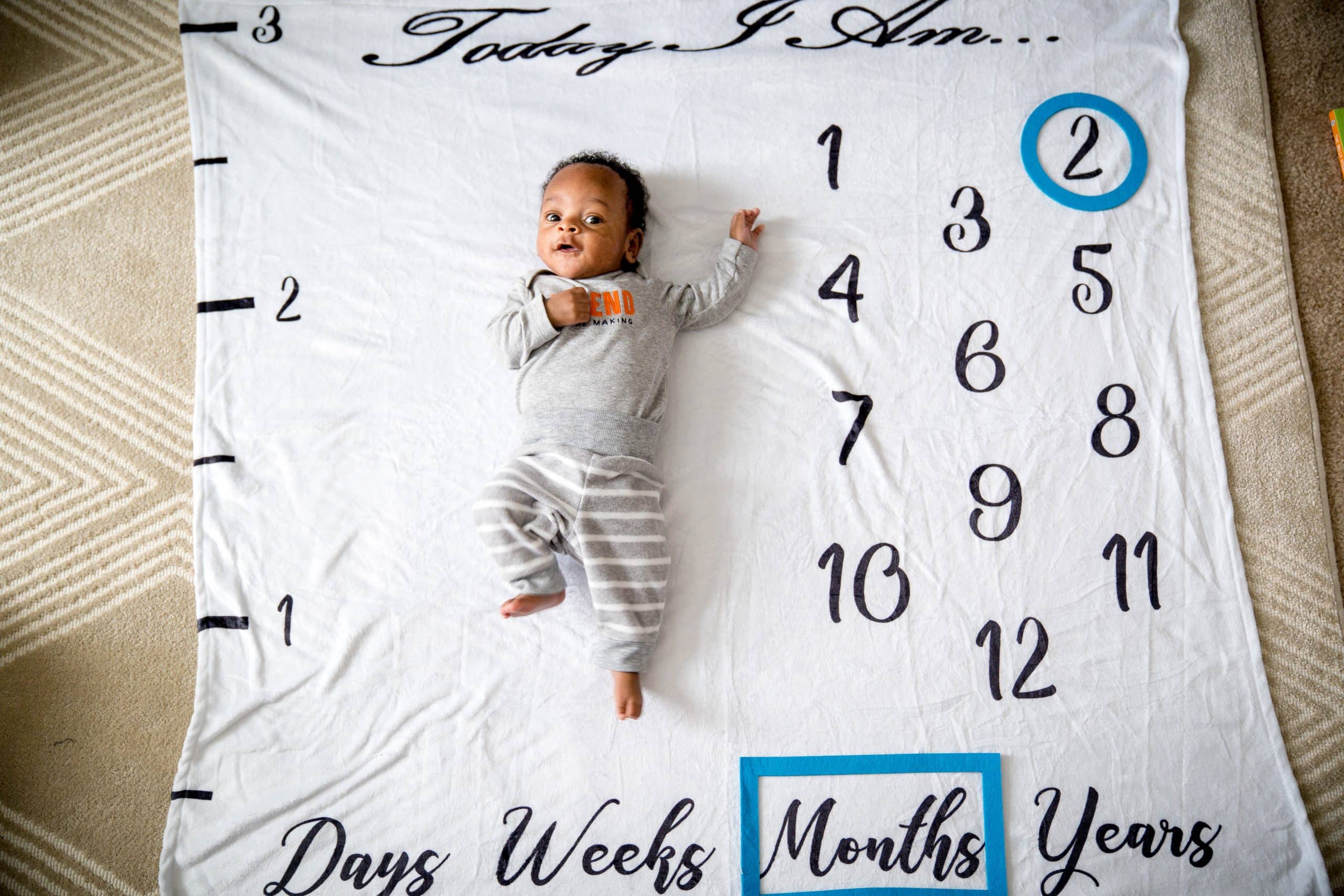 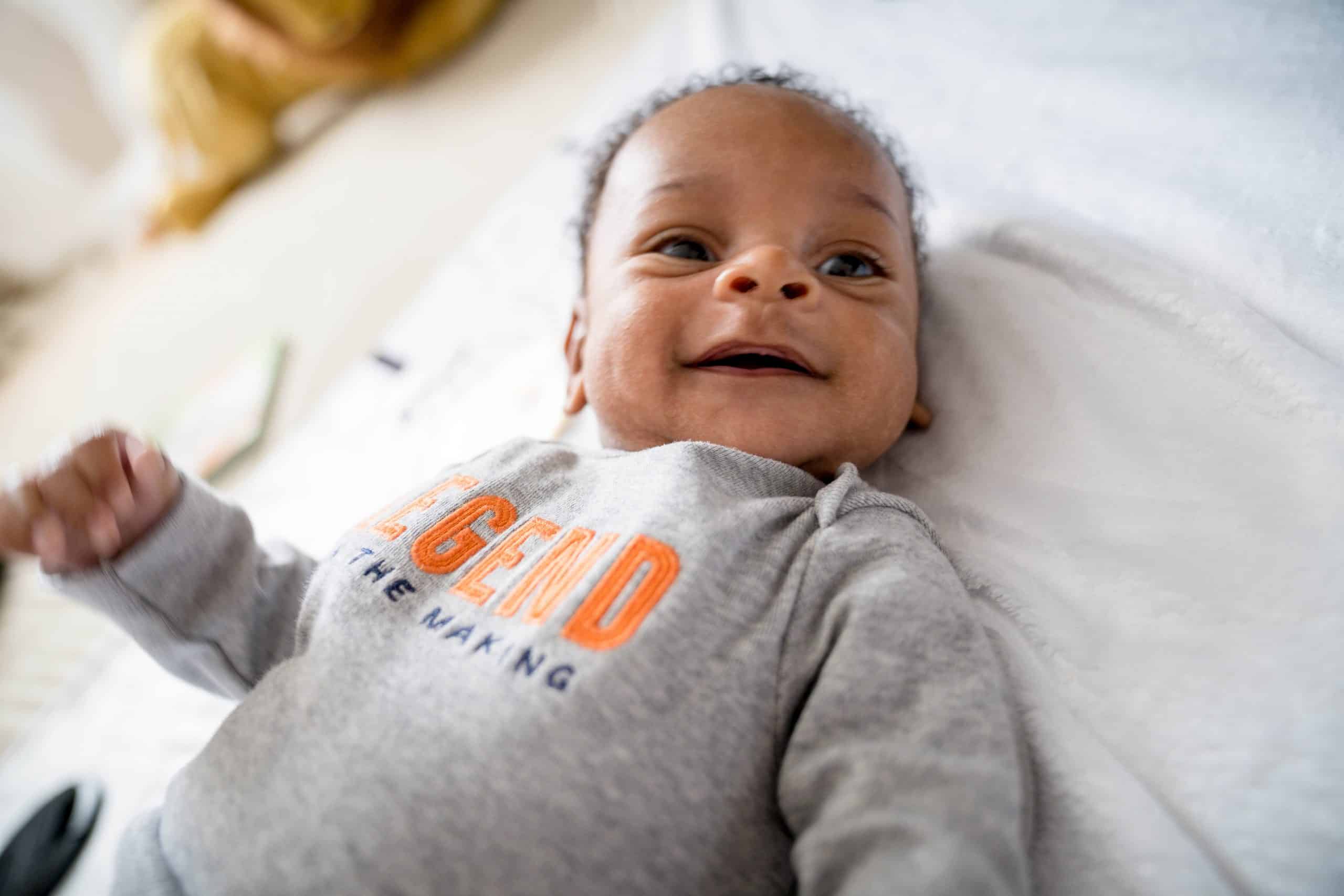 Mommy and Me Halloween Costumes

Our Stay at the Inn at Ocean’s Edge in Maine

Influencer Tips: How to Establish Your Influencer Business

How Much to Charge for a Sponsored Post (Influencer Pricing Guide)

The Labor Day Sales You Need to Shop