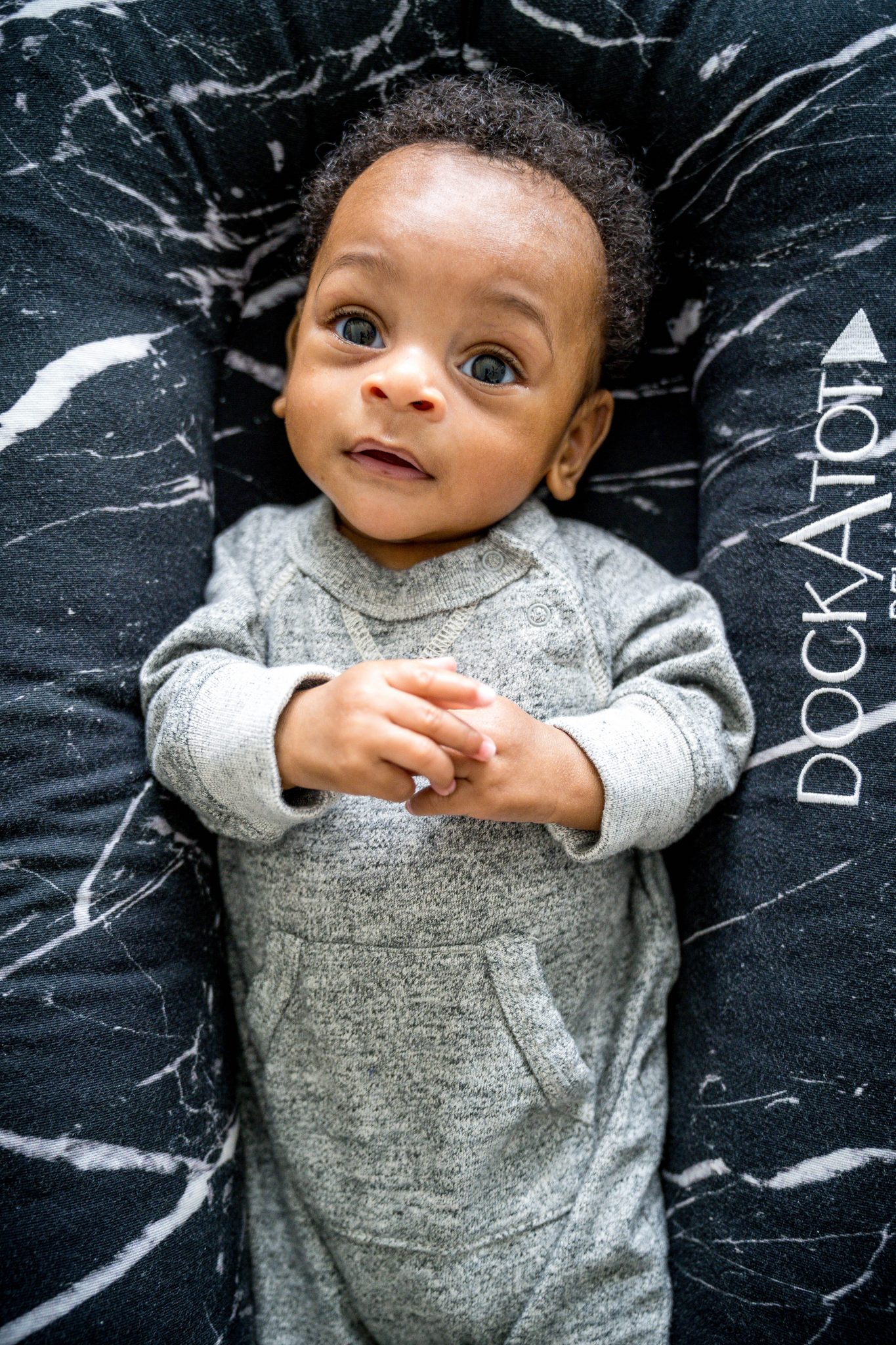 I have been preparing this post for a while. Mainly because I’m a first-time mom and cannot say that I have everything together. On social media, you’ll see a lot of blogger moms sharing the happy smiling faces of their babies and their family. I have done that numerous times. But I’m not going to sit here and claim that I have everything together or that I am an expert at momming. I just recently shared a post on traveling with a baby, and I’m sure that on our next trip, I’ll be updating that post or sharing another post on how my experience change.d Each day is a learning process, and each month as my baby grows, I grow along with him. So, in this post, I want to share with you my advice as a first-time mom that will hopefully help you, whether you’re a first-time mom or a mom who already has had babies but just wants to connect.

1. DON’T COMPARE YOUR BABY TO OTHER BABIES

During my pregnancy, I began asking a lot of questions. Like we all do, I asked those questions to those who already had children and set my expectations of motherhood on what they were telling me. And that made my start to motherhood super hard right at first. When my son wasn’t doing exactly as I was previously told babies do that age, I began to panic. I began to question whether I was doing my job as a mom and then began delving further into the internet and discovering worst-case scenarios.

Then I realized, I can’t compare my baby to other babies. Each baby is different. Each one has a different personality, sleep habit, rate of milestone achievement, and weight gain. If you’re ever concerned that your baby is falling behind developmentally, that’s when you speak to your pediatrician. They are educated in babies and know how to look at things specifically to your baby. For example, my son is on the smaller side. At four months, he weighed a little over 11 lbs. If I were to compare him to my nephew, I would think that my son was underweight because my nephew was in the upper teens at four months. But my pediatrician told me that my son was right on par with his own growth curve.

Each baby has their own developmental rate. So make sure that you keep in mind –  Your baby is unique. Your baby is perfect. And no matter the age, don’t compare your baby to someone else’s.

2. YOU’RE ALLOWED TO BREAK DOWN

There are going to be moments in your journey as a mother where you may question your choices. You may even have a moment where you think whether you made the right decision to have a baby. Even more, you might start wishing for your previous life back sans baby, but then start regretting that you even thought of it moments later. I had those moments, and sometimes I still do.

When my son was about three months, he had the hardest time sleeping. And all I wanted to do was lay down and watch TV and have a moment of peace. As he kept crying, I began crying too. Through a mixture of tiredness and anxiety, I walked out of the room and just screamed. Then I called my husband and said that I needed him to come home and help me. I even have had moments where I have yelled at my husband because I didn’t feel as if he was doing enough. And then when anyone would offer to come over and help me, I would break down in tears of gratitude. So, if you’re feeling those types of emotion, you’re not alone.

You are allowed to break down and have those moments. Being a mom is not easy. The ease and glamour that we see on TV doesn’t really exist. Forgive yourself. It’ll get better and those emotions will go away or you’ll just learn to manage them. You’re doing your best and that’s all your baby asks for.

3. YOU DON’T HAVE TO LIKE ALL OF THE BABY STUFF

Around the time that I was putting together my registry, there were a lot of people giving me advice on things that I needed and things that they wanted to buy. Some people went out and bought things as early gifts, and to be honest, I wasn’t a huge fan of those gifts. I would feel guilty saying no, but I felt even worse when those things would just sit around collecting dust. So my tip, if you don’t like something, tell that person giving the gift that you would prefer to pass on it. Even when someone offers to give you something that they previously used with their child as a hand-me-down, you can refuse it.

Ask for gift receipts. And then just tell people that maybe you had too many clothes in that size or just be honest and say that it’s not the style you’re creating for your baby. I found out that the more honest I was with people, the more willing they were to learn what I wanted for my baby which helped them to pick out gifts later.

It’s actually a better situation to let people know that you don’t like something than having it sit around and the person never sees the child wearing the outfit they picked out or never seeing the child play with the toy that they gave. 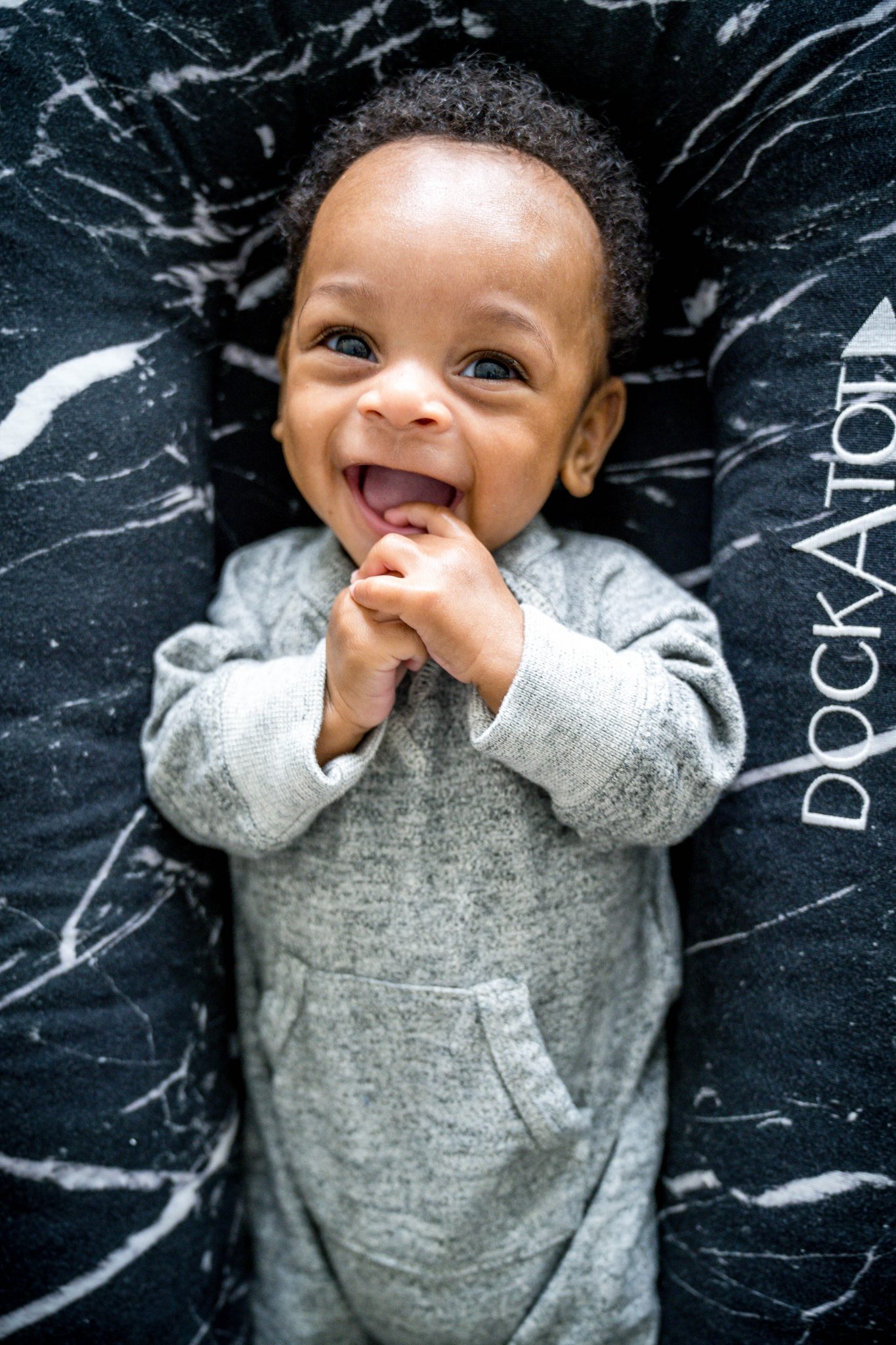 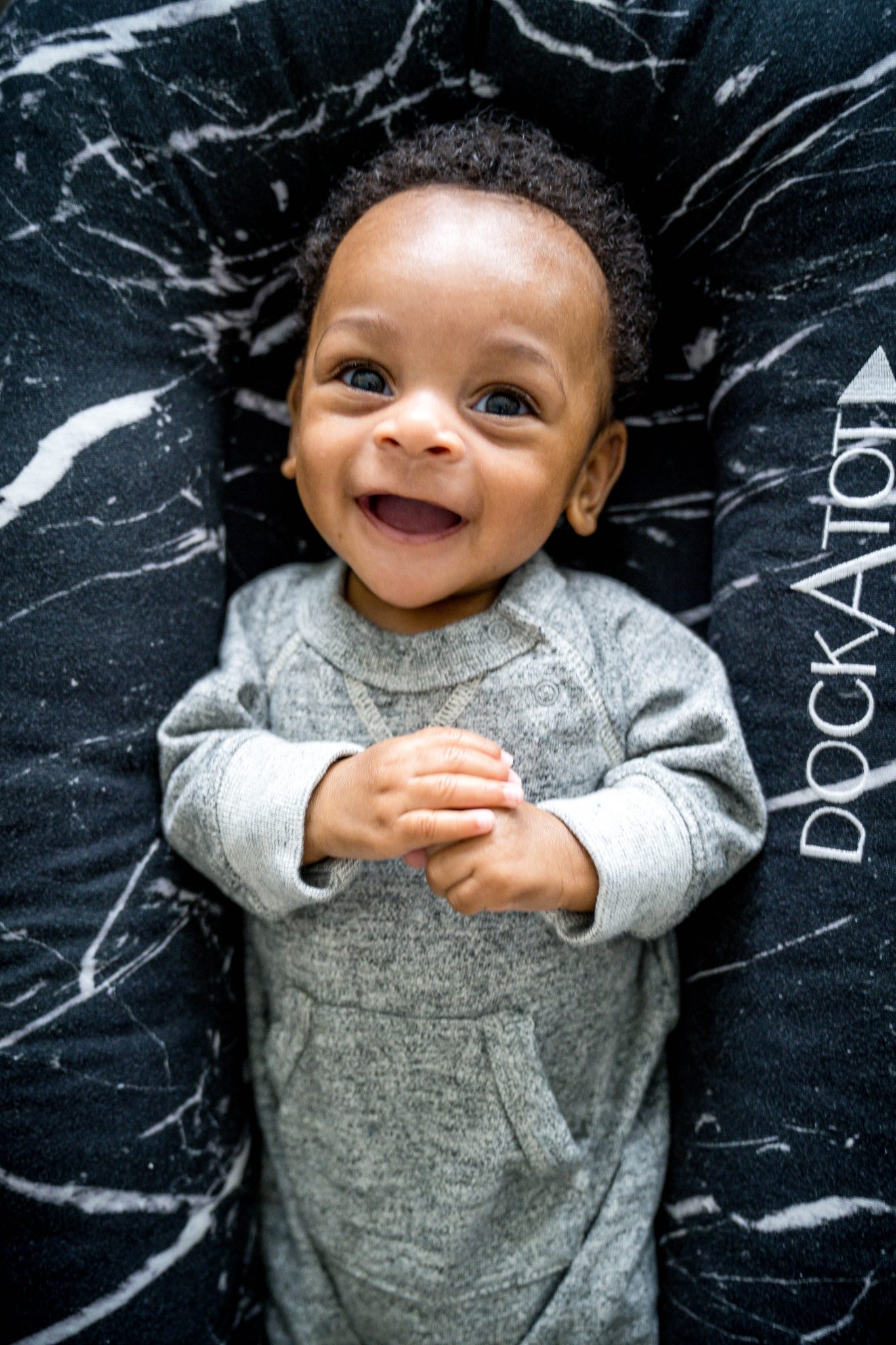 One big thing that I learned is that your partner wants to help you, but you have to let him/her help. In the beginning, I made the mistake of now allowing my husband to help when he would try which made him stop trying altogether. When he would try to put our son to sleep, and it would take longer than a few minutes, I would immediately run over and take the baby from him. When he didn’t dress the baby the way that I wanted him dressed, I would re-dress him. I was taking away everything from him to the point where he felt that there was nothing that he could do.

I soon realized that I was creating more anxiety for myself and the times that I would get angry at him for not helping was a situation that I had created. You can save yourself a lot of anxiety and pressure by letting your partner help. And if he/she doesn’t do things the way that you may want, either let it go as long as the baby is happy or communicate.

With my husband, I started just sharing tips on things that made my son more comfortable and helped him be happy and my husband took it from there and made it his own. When it came to our son’s schedule, I just shared it with him he stuck to it. My husband even does the nighttime routine with our son which has given me the time to wind down myself.

Right after I had my son, I became a recluse. I would refuse the leave the house because I thought that my baby would become infected by everything. Don’t fall into that trap.

It’s okay to leave the house. Even if it’s just to run to the store, go ahead and go. Give yourself time to recover right after birth, but then get out and walk a little. Even just a walk around the park or the neighborhood is good for you and your baby. And if you’re nervous about going to different houses, take baby steps. I started with visiting immediate family’s houses and just asking that everyone make sure they wash their hands before touching our son. Then as friends started coming over to visit, I realized that if he didn’t get sick from being held by them, then it should be fine to visit them.

You won’t offend anyone by calling ahead and making sure that no one in the house is sick or has been sick recently. People get it. And if you want to head out to a restaurant and bring baby, you can put a cover over your baby’s car seat just as an extra barrier.

By keeping yourself away from the world and keeping your baby away, you’re creating more anxiety for yourself. Plus, babies need a little fresh air.

I’ve been mommy shamed numerous times since I had my baby. From sharing my story on my social media, I have had comments posted and stories sent to me telling me that I’m doing something that they didn’t think was right. I started to let those people affect me and began second-guessing every choice that I made. But after talking to some other mommies about their journeys, I began to get my confidence back about who I was as a mom.

Keep this in mind – YOU know what’s best for YOUR baby. No one can tell you how to exactly take care of your baby. What works for one mom may not work for another mom. And as long as your baby is happy and healthy, then you’re doing what is best for your child.

I have been getting a lot of advice and tips from my mother, grandmother, aunts, my MIL, sister, etc., and a lot of their advice is considered “old school”. Many things that they did to raise their children is not what is recommended today. And after trying to everything that is recommended online and “by the book”, I realized that the methods that they were sharing worked better for my baby and he was happier.

There are a lot of people out there who think that they have opinions on how others should raise their child, they believe that they are keeping all babies safe. And there’s nothing wrong with sharing advice, but don’t let anyone shame you into thinking that you’re not doing what is best for your baby.

7. LEAN ON THOSE “BABY HACK” PRODUCTS

There are a lot of baby products out there. So many that it takes research to create a baby registry. And I will admit that there were products that I received or bought that I ended up taking back because I felt that I didn’t need them. But once you find something that works, stick with it and don’t be afraid to lean on it. If you find something that keeps your baby content while sleeping, keep using it. If you find something that entertains your baby for hours, get multiples of it so that it’s everywhere or if you need to wash it, you have a backup. Below, I have listed some links to previous posts about my essentials that I lean on and I’ve also included some of those items below.

Have any new mom questions or mommy advice? Leave it in the comments below! 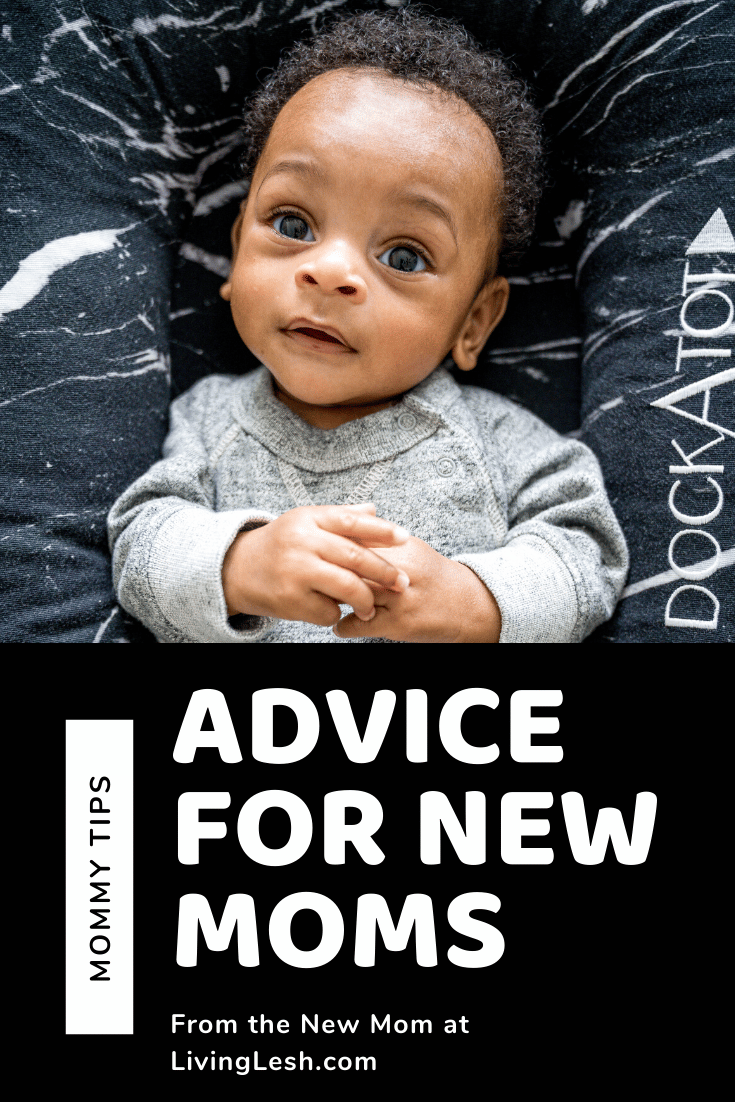 Stocking Up on Groceries with Walmart+