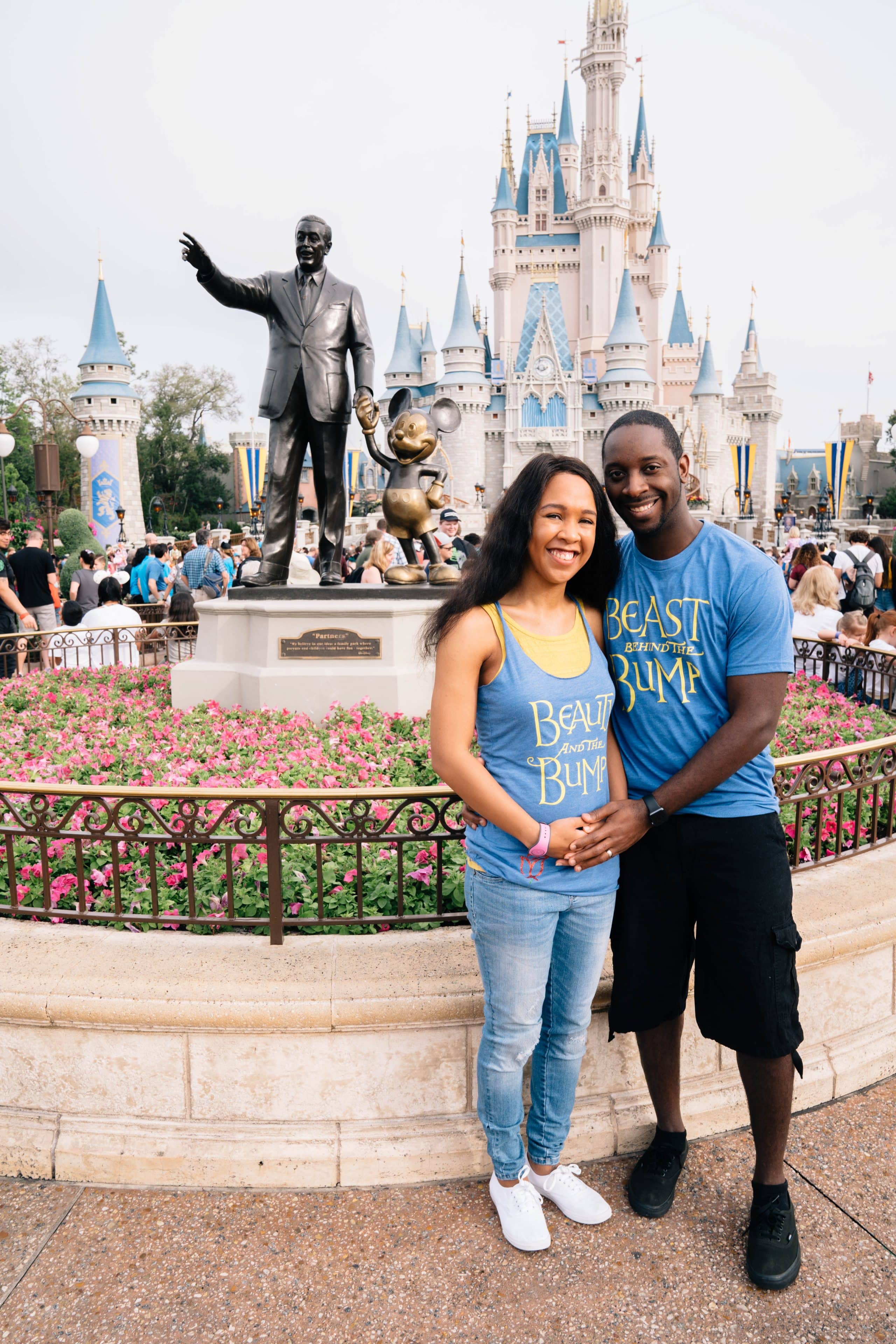 We are so excited to finally share that we are expecting our first baby this coming August and to say that we are over the moon is an understatement. At this point in time, I am 15 weeks along and though we have known about our pregnancy for quite some time, we wanted to keep it a secret until after the first trimester as we went through the initial steps and appointments. We also wanted to take the time to let our family and close friends know first before we announced it publicly. And what better time to announce it than during our short trip to Walt Disney World where we were able to match the announcement with the theme we will be carrying throughout the gender reveal and shower (more to come on that later.)

To give you some details, I am currently in the beginning of my second trimester and we are expecting our baby August 25th. We are so excited to share this journey with you and to kick it off, I wanted to share our “finding out” story which has been the consistent question that I have gotten from family and friends and in my DMs from my Instagram announcement.

TRYING TO GET PREGGO

Our story starts out at a time when I was beginning to doubt whether we would be able to conceive at all. The summer of 2017, after our honeymoon, we had decided that I would get off of birth control and we would just see if it would happen. There was no tracking happening and we were just kind of going with the flow. And then that December, my Aunty Flo went away. That was it, we had thought we were having a baby! But after many home pregnancy tests and a visit to the OB/GYN, we came back with negative results and was just told that I may have just been skipping a month because of stress. I shook it off as normal. I mean, I’m a teacher…of course I’m stressed!

Months went by and my cycle never returned. In April of that year, I finally was able to get another appointment to the OB/GYN and then after a lot of tests over a span of a few more months, I was diagnosed with PCOS (Polycystic Ovarian Syndrome) – which then basically told us that I wasn’t ovulating. I was relieved to find out what was actually going on with my body and happy to hear that there was a way to work with PCOS so that I could still get pregnant.

My doctor put me on a regiment using Clomid (a medication that would force my body to ovulate) and tracking my ovulation. We were excited to finally have an answer and that we could actual begin working on conceiving actively. But after two cycles on this regimen, I was beginning to get a little disheartened. At this point, we had reached a year of trying to conceive and the stress that I was feeling from this process was probably not helping whatsoever.

At this point, it was coming to the end of the summer of 2018 and we were also working to purchase our first home and that was also becoming overwhelming as well since we had a deadline of October when our apartment lease ended. We put our efforts on hold and decided that once we moved into our house, we would make the move to go see a fertility doctor. 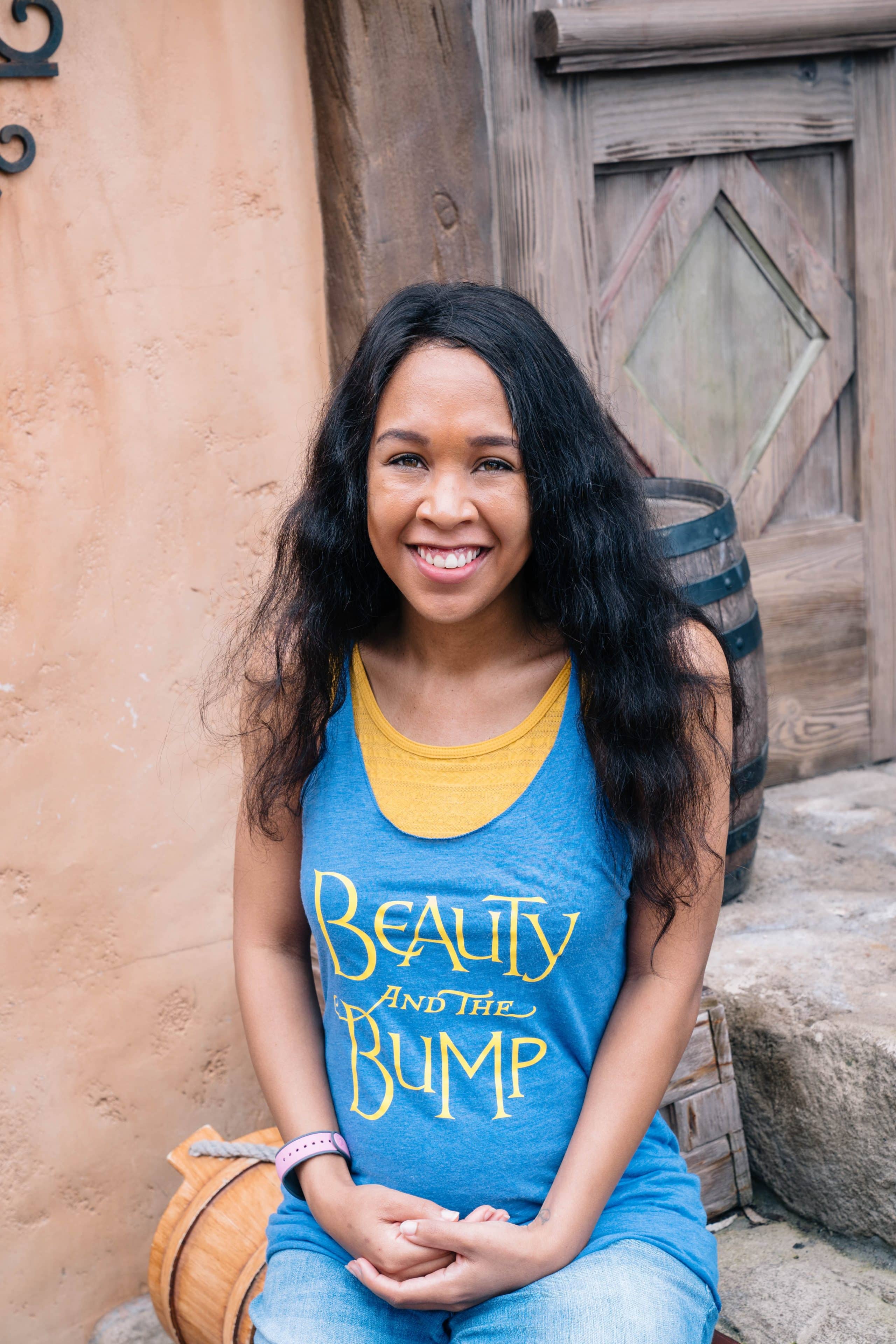 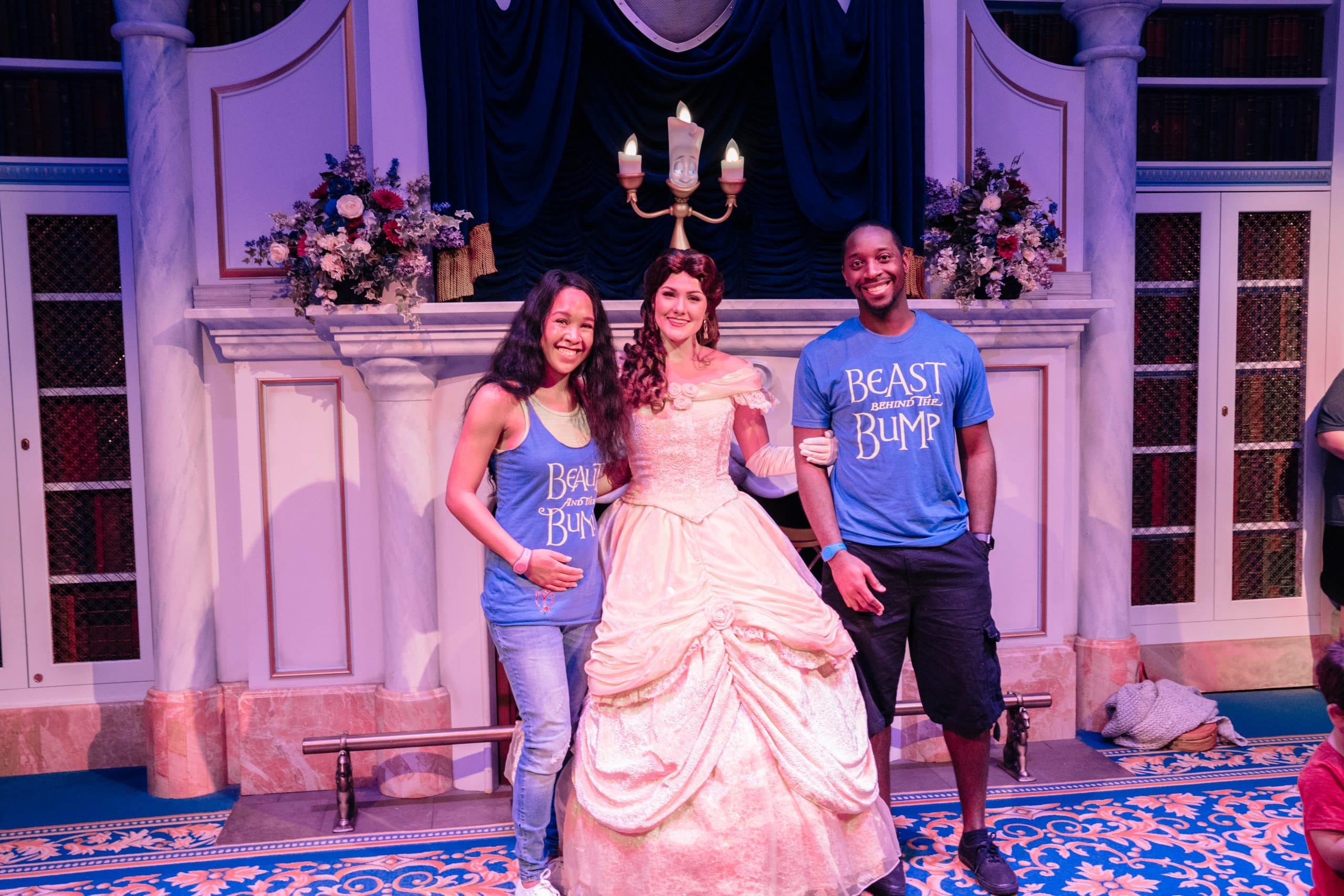 HEADING TO THE FERTILITY DOCTOR

After we had settled into our home, around mid October, we decided to go visit a fertility doctor. We had our first consultation where the doctor took us through the entire process, looked over the tests that had been done by my previous OB/GYN, and told us how much everything was going to cost. At that time, he had told me to stop taking the Clomid, let my body reset, and that there were a few other tests that I needed to get done – the first one being another set of blood tests to establish my baseline for us to begin a IUI process.

At the beginning of November, I went in to get my ultra-sound done and behold, my body actually had produced an egg on its own and I was bound to ovulate anytime within the next couple of days. The doctor told me that I had two options, I could either take the medication that we were planning to have me start that week, which would then cancel out the egg, or my husband and I could once again try the natural way and see if it worked. In that moment, I actually was defeated. This had thrown off the entire timeline that I had set so that I didn’t go through the process and have to burn tons of my sick days. I actually ended up calling my mom and freaking out because I just didn’t know what to do in that moment. The doctor said I had to the end of the week to think about it and to go forward with getting my blood tests done by mid-week.

I got my blood tests done and then by Friday, I just decided that whatever happens at this point happens and I would wait for my body to reset. If it happened naturally, then YAY, but if not, then it wouldn’t be anything out of the ordinary. 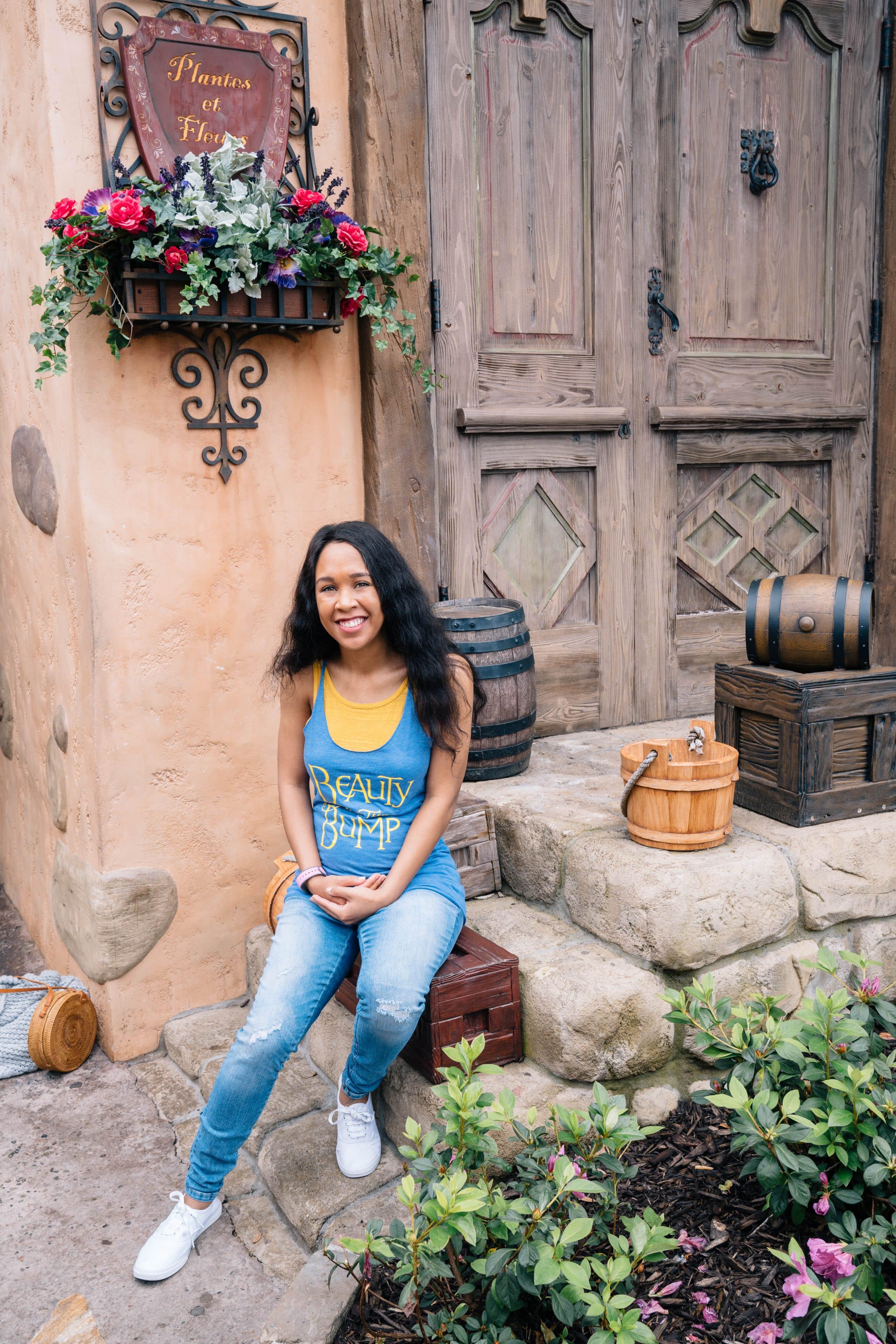 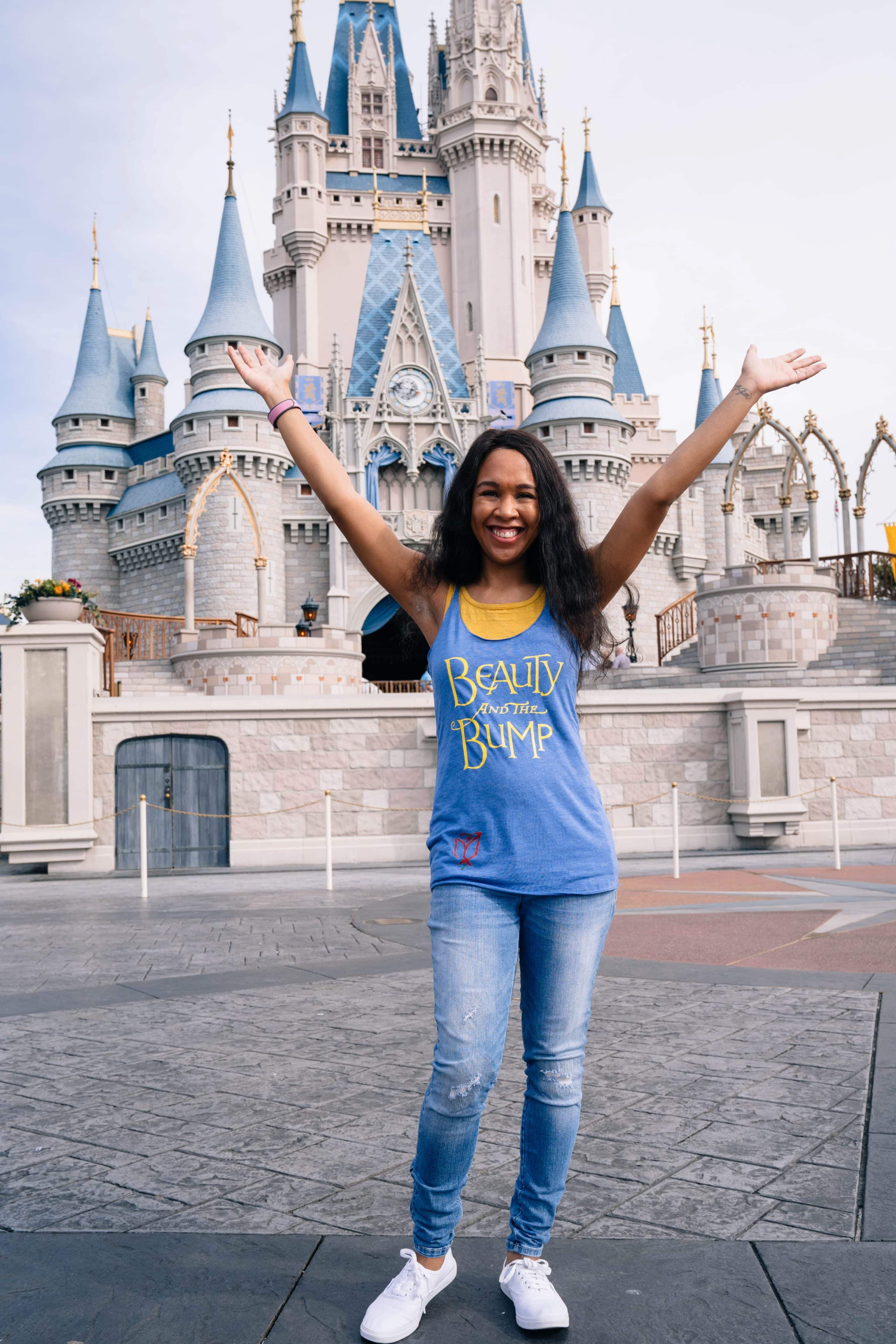 SURPRISE! WE ARE PREGGO!

After I shared my decision with my doctor, he had told me to let him know when I reached day 1 of my cycle and then we would go from there.

So patiently I waited and tracked and then after a couple of weeks when day 1 arrived, no Aunty Flo. Well, I figured it was normal, so why worry. That egg they saw never went through and ovulation never happened. Something that I was accustomed to. But my gut was telling me that I should still take a pregnancy test just to make sure. I had purchased a box of ovulation and pregnancy strips from Amazon, so it wasn’t really a waste. The box itself carried about 30 pregnancy strips and the box was about $20 total.

The next morning, as I awoke at 5:30am, I took a pregnancy test. And two lines appeared. In my stupor and settled in doubt, I threw it away. There’s no way that was positive. I brushed my teeth and washed my face and in waking up, I started to realize what I saw. The strip was already at the bottom of the waste basket, so I broke out another strip and did another test…two lines again!

I opened the bathroom door with the strip and instructions in my hand and screamed for my husband to wake up (he wasn’t planning to be up for about another hour to head to work, so he was delirious). I screamed for him to read it because I couldn’t quite wrap my head around it. He sat up, looked at the strip, read the instructions, and in the calmest and sleepiest voice went…”Yup, you’re pregnant”, and then laid back down and went back to sleep. I sat there on the edge of the bed to allow him to absorb it until he popped up again and realized what he had just said. We sat there elated! It wasn’t something that we had expected at all. No need for the fertility doctor! Baby V was on his/her way!

Eventually, I had to compose myself and get ready to for work and during my lunch break, I had called my fertility doctor and the nurse pulled up the blood tests and did confirm that I indeed was pregnant and the blood tests caught it early on. I scheduled for another blood test to re-confirm and that test did! 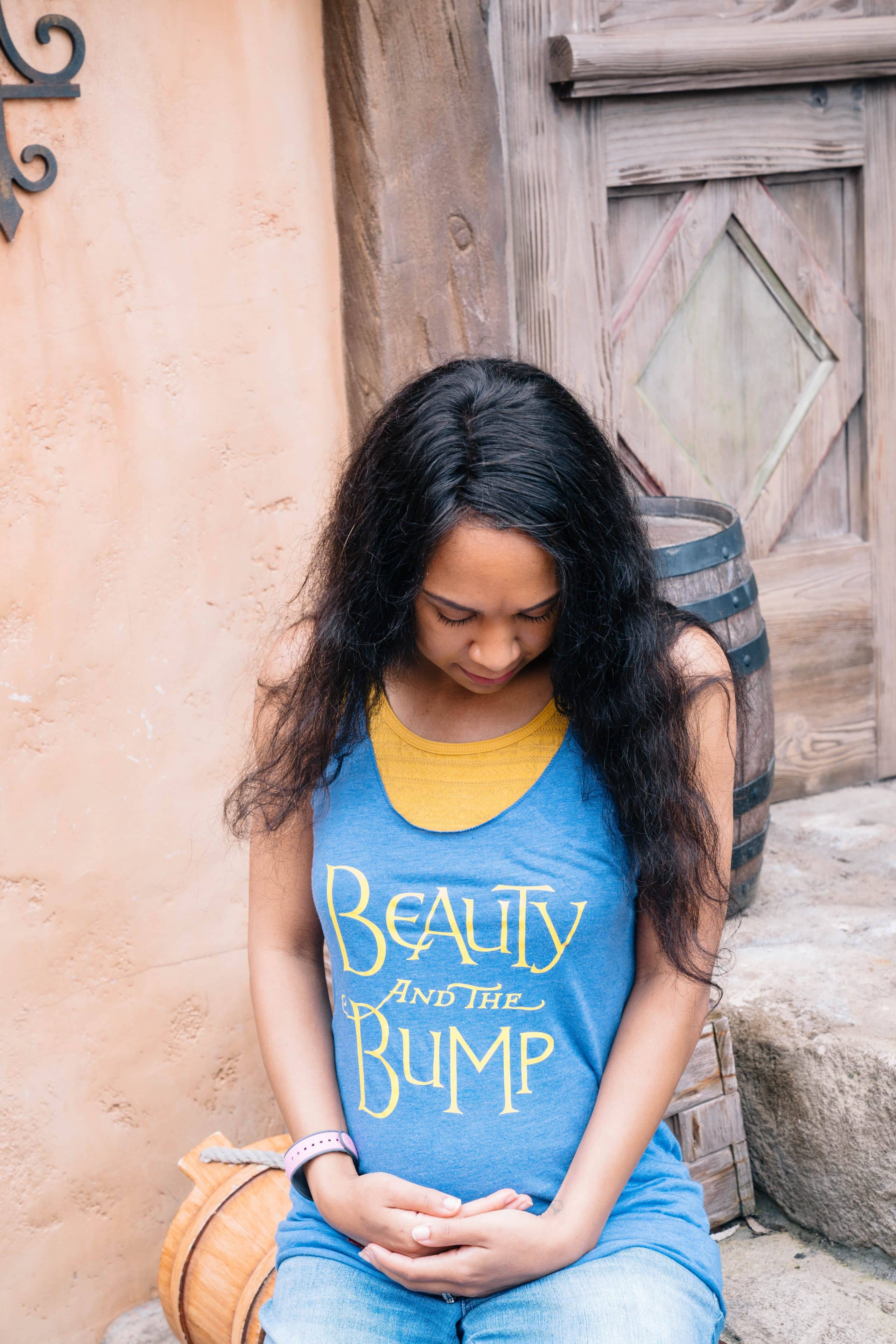 We stayed with our fertility doctor to do early pregnancy screenings, just to make sure that everything was going okay. And then around 8 weeks, I “graduated” and headed off to my new OB where I have been ever since.

This pregnancy was a planned surprise (a lovely paradox) and, again, I am so excited to share this journey with you. I will try not to overwhelm you with tons of pregnancy posts, but I make no promises. If you are super into following along with the journey closely, make sure to follow me on my Instagram and keep up with my posts and Instagram stories. 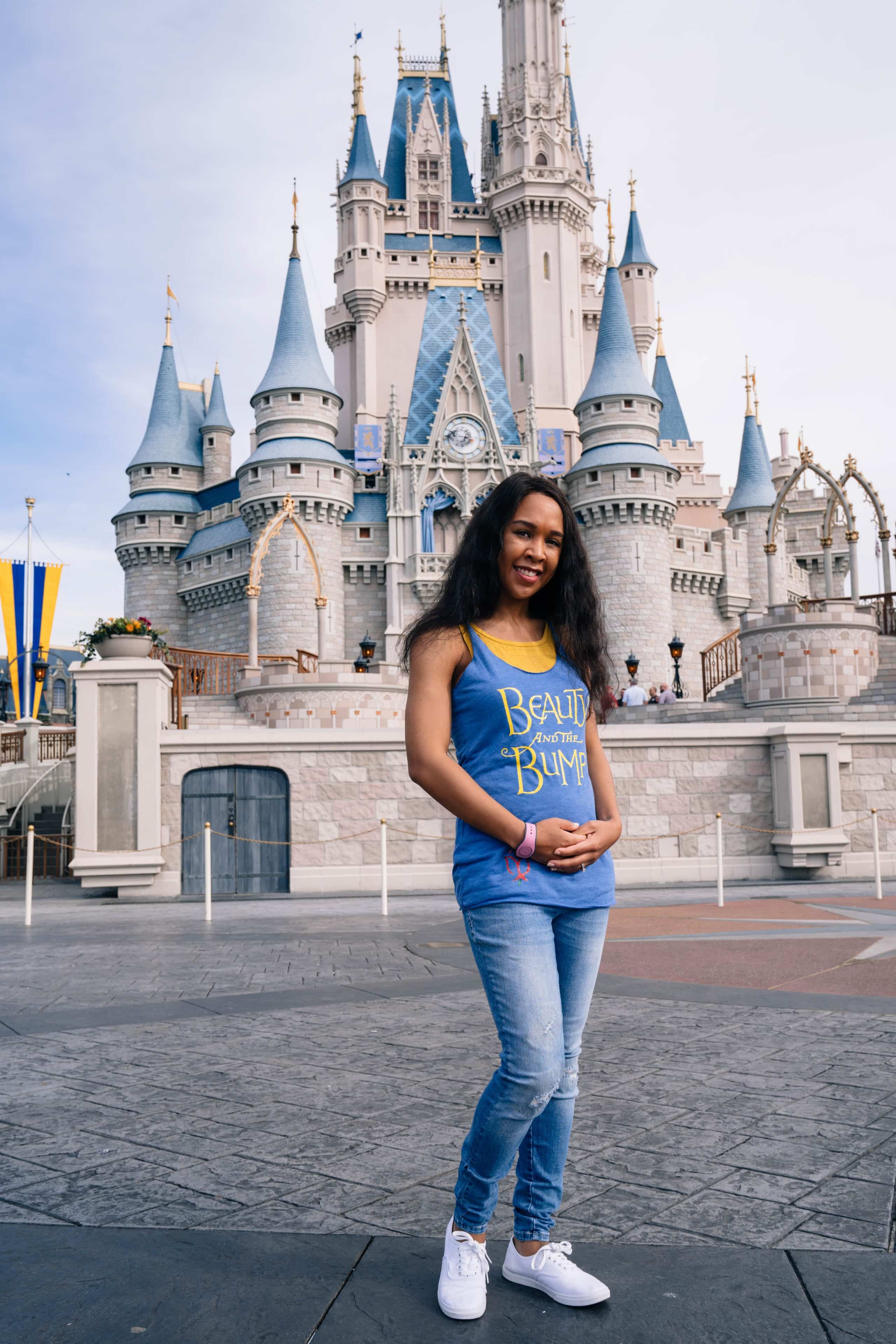 Mommy and Me Halloween Costumes

3 Ways to Love Yourself This Valentine’s Day