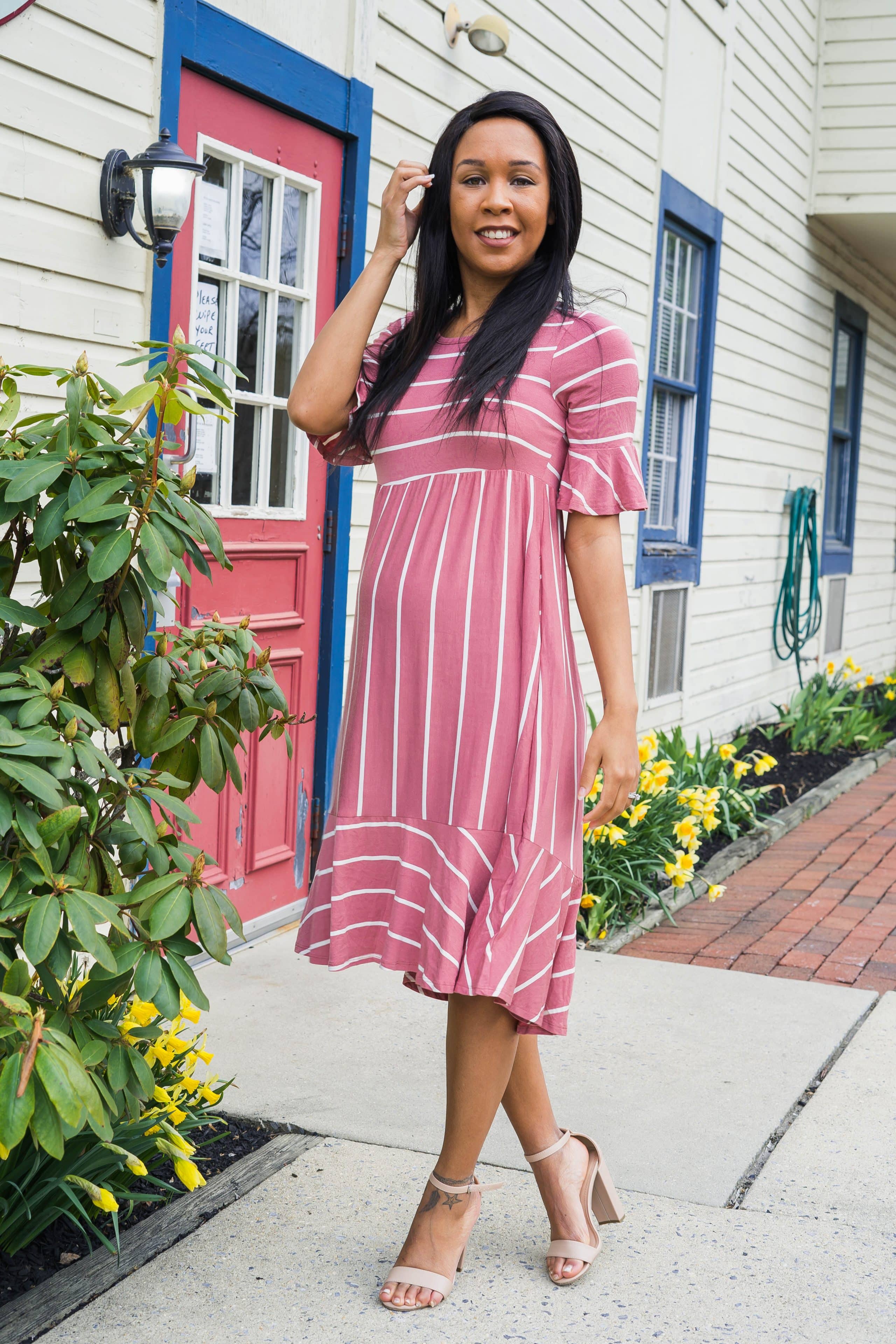 Stripes are a thing of every season. You can wear them during the Spring, Summer, Fall or Winter. It doesn’t matter because stripes will always be in style. I have always loved different types of prints – whether it is polka dot, graphic prints, or something a little more out of the box, prints have always been something that I think adds to the personal style of someone and shows off their personality through their clothing. Stripes has also been a print that also has helped to create illusions. For those who don’t know, if you have your stripes in a certain direction it can actually make you look slimmer and in some cases taller.

For the summer, there are a lot of striped dresses that I have found that go both horizantally, vertically, and even diagonally. You don’t often see a lot of summer striped pants, though they are sold, because most people are not really wearing pants much in the summer. But you can find a lot of shorts with stripes, which I think are absolutely cute because you’ll also find striped shorts in a variety of different colors.

When it comes to more formal attire during the summer, I haven’t quite had as much luck finding stripes. In my opinion, stripes are a more casual look but that doesn’t mean that those looks don’t exist whatsoever. I have seen some looks on Rent the Runway that are striped formal outfits, and the customer photos that are shown make the dress look very flattering to many types of figures.

During the colder months, I find a lot of stripes with blazers or even some of workwear pants – which I think are highly flattering. One of my favorite pair of striped pants was a wide leg pant that I loved wearing to work during the colder months. With the blazers, my tip is to make sure that you’re not wearing a top underneath that is too busy or goes against the stripes. You’ll either take away from the top or take away from the blazer or there is a possibility that the entire look will just look a hot mess which you don’t want to happen at all.

Right now, I am loving stripes for my maternity wear. I have both this dress which have stripes going in many different direction along with a navy striped dress that has all vertical stripes. The vertical stripes over the belly have made me look more slimming – at least in my opinion. And it’s not like I’m trying to hide the bump or anything, don’t get me wrong, but sometimes when Baby V moves, I don’t want everyone, including the students who are often standing in front of me, to get a glimpse of a scene from “Alien”. 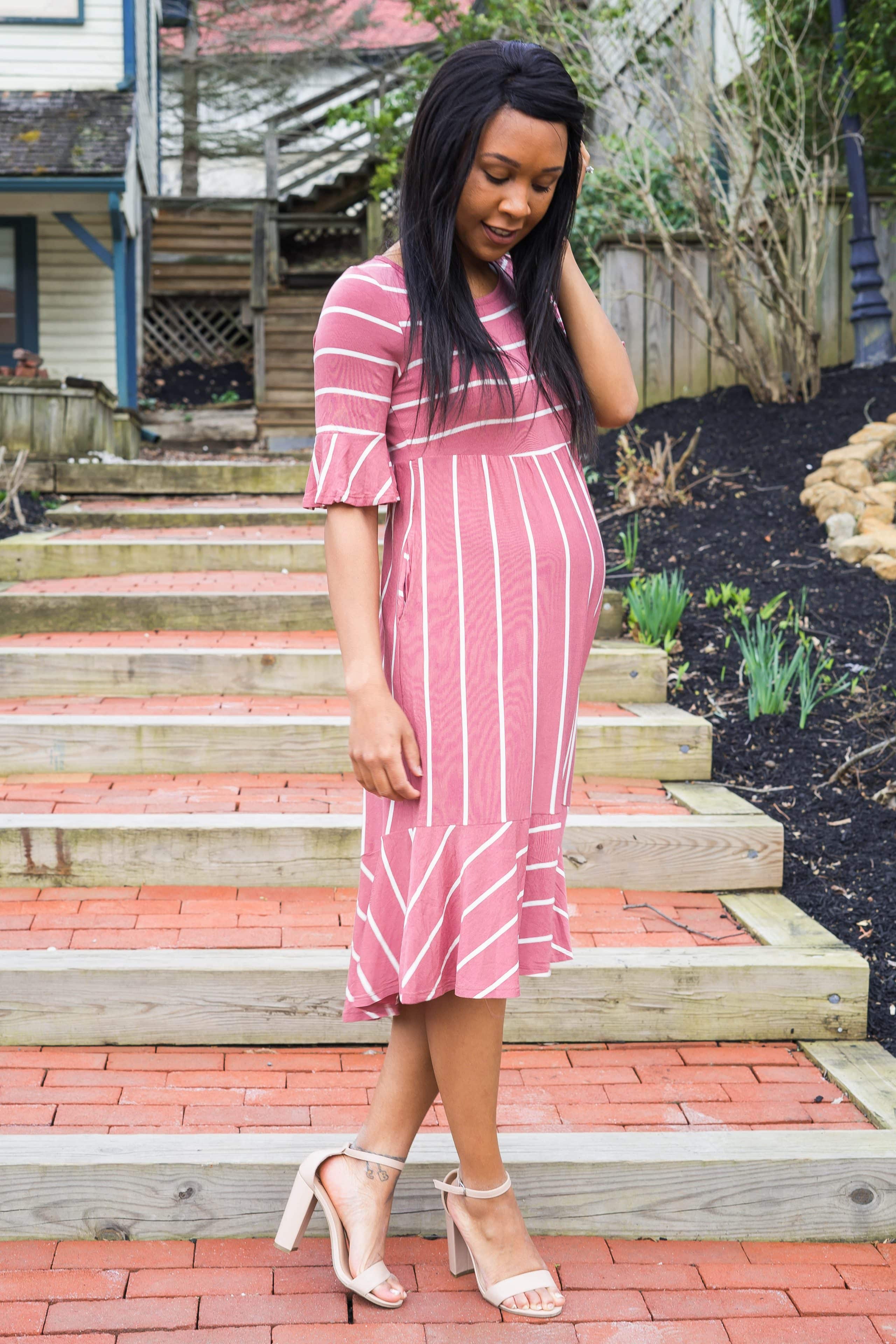 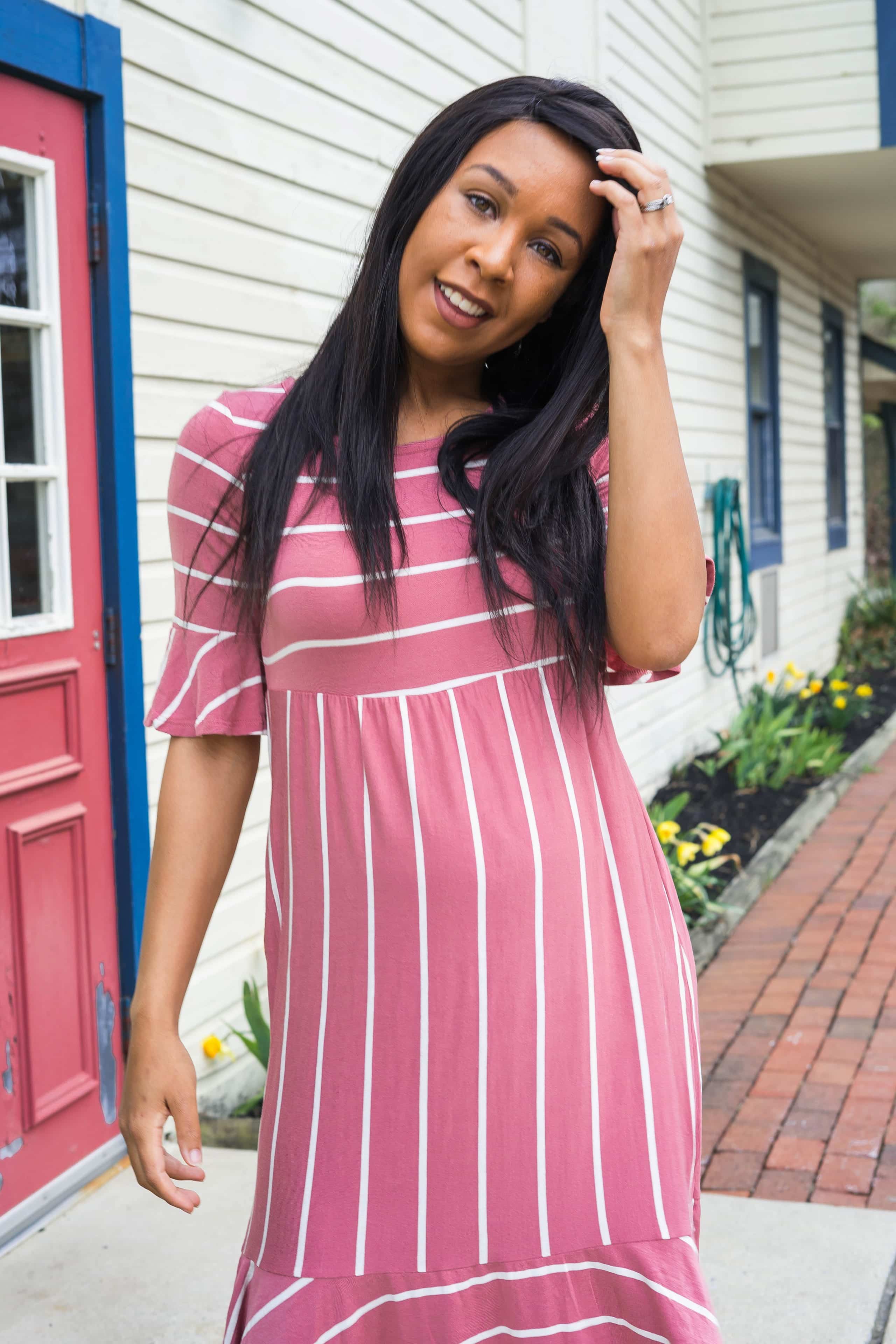 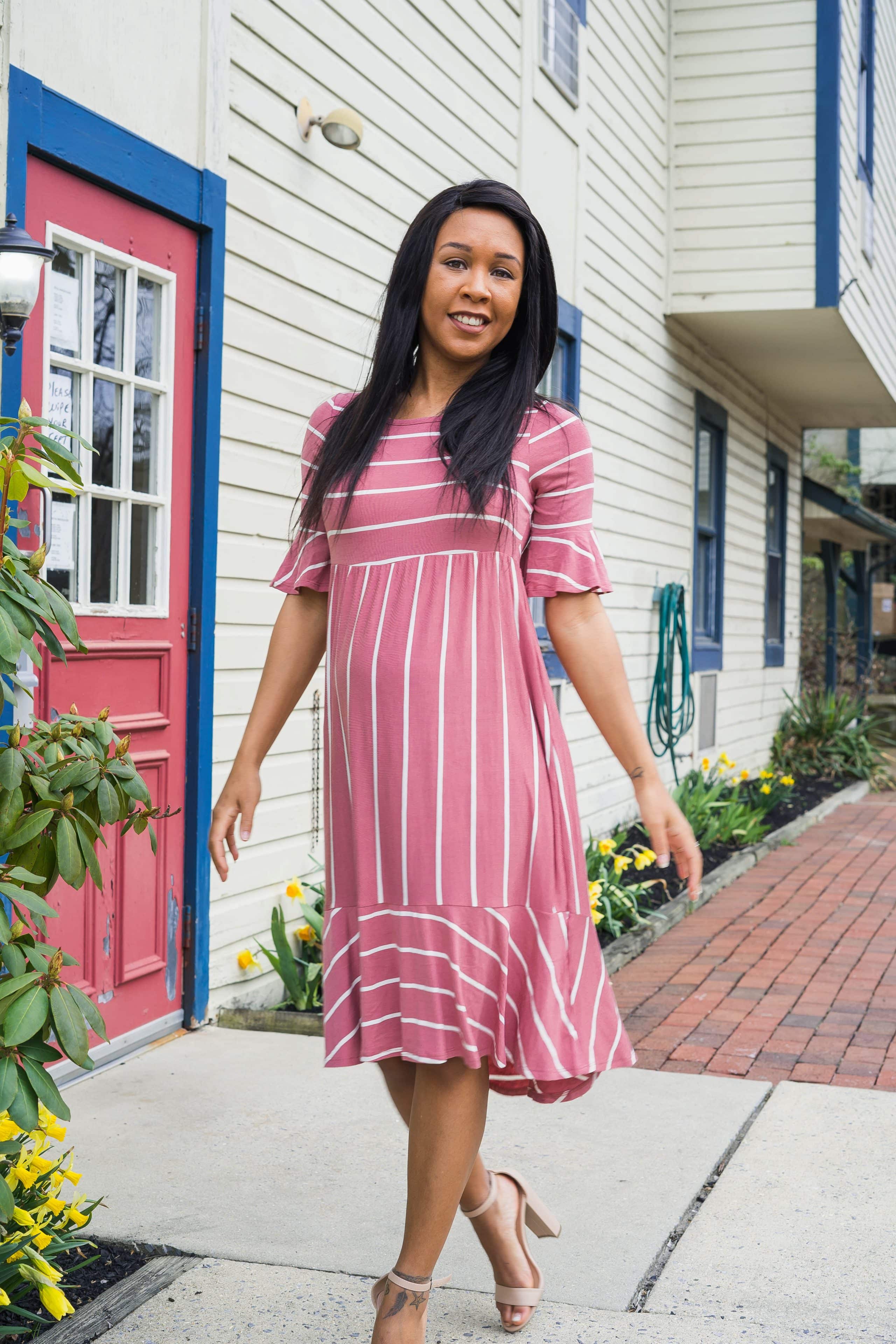 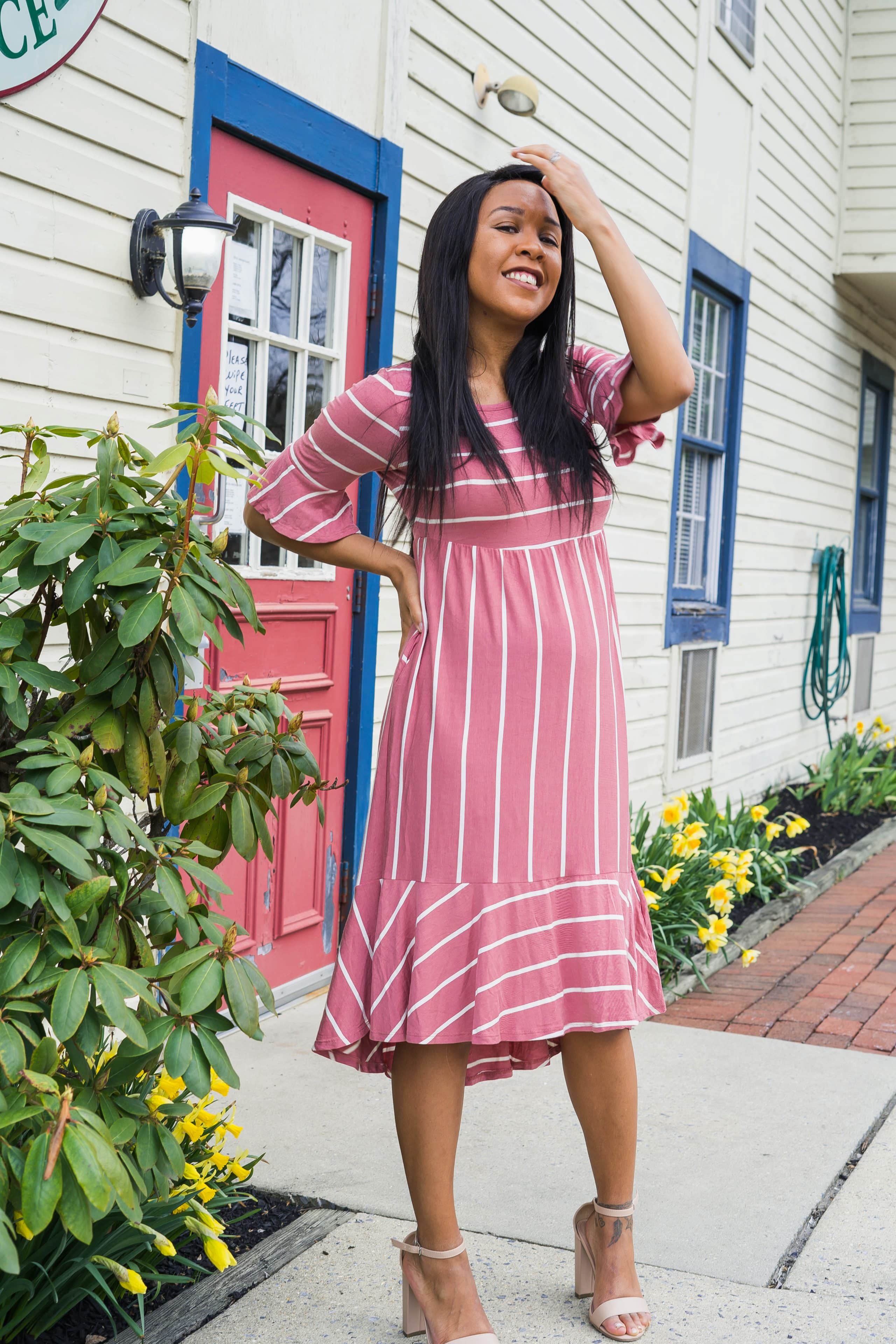 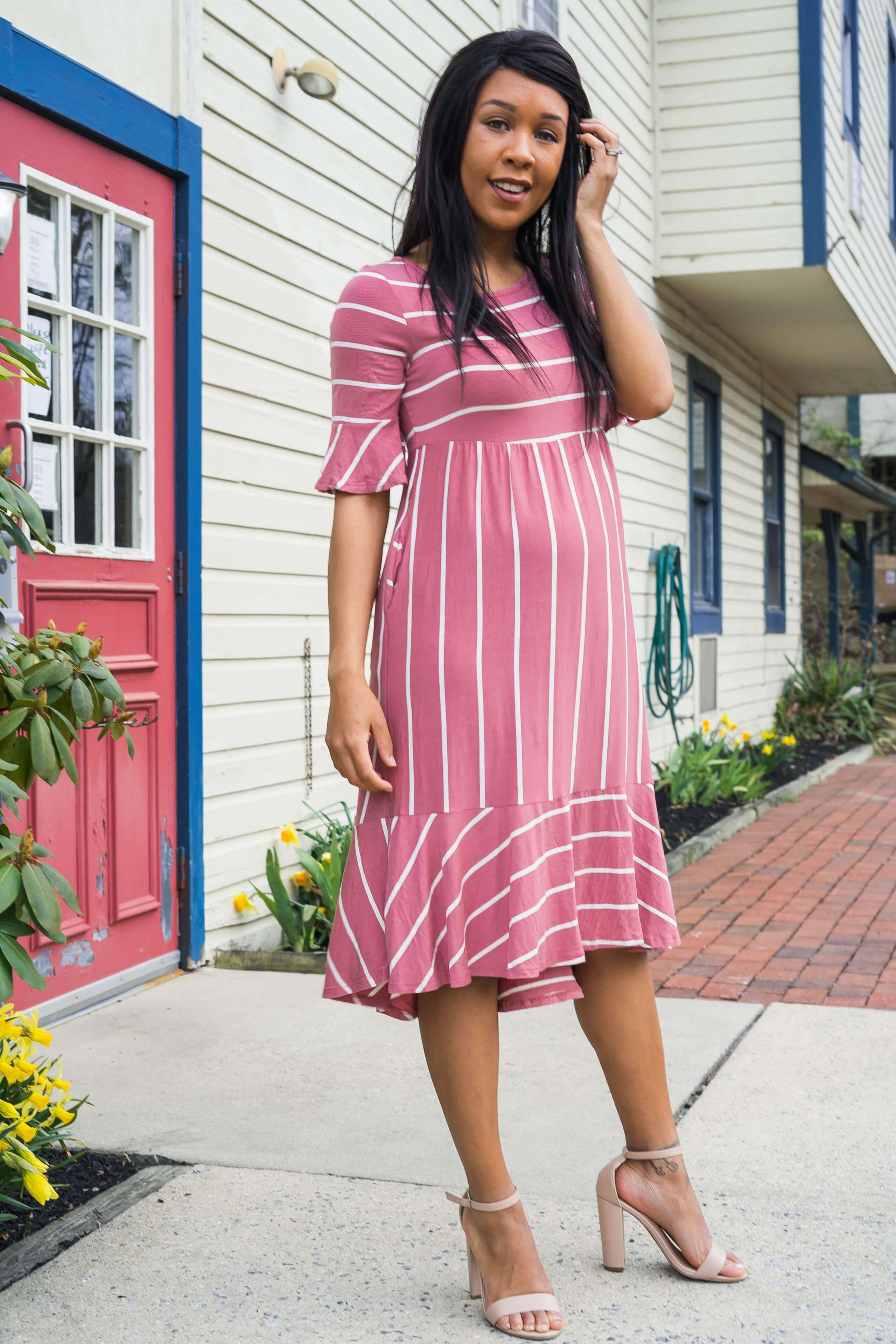 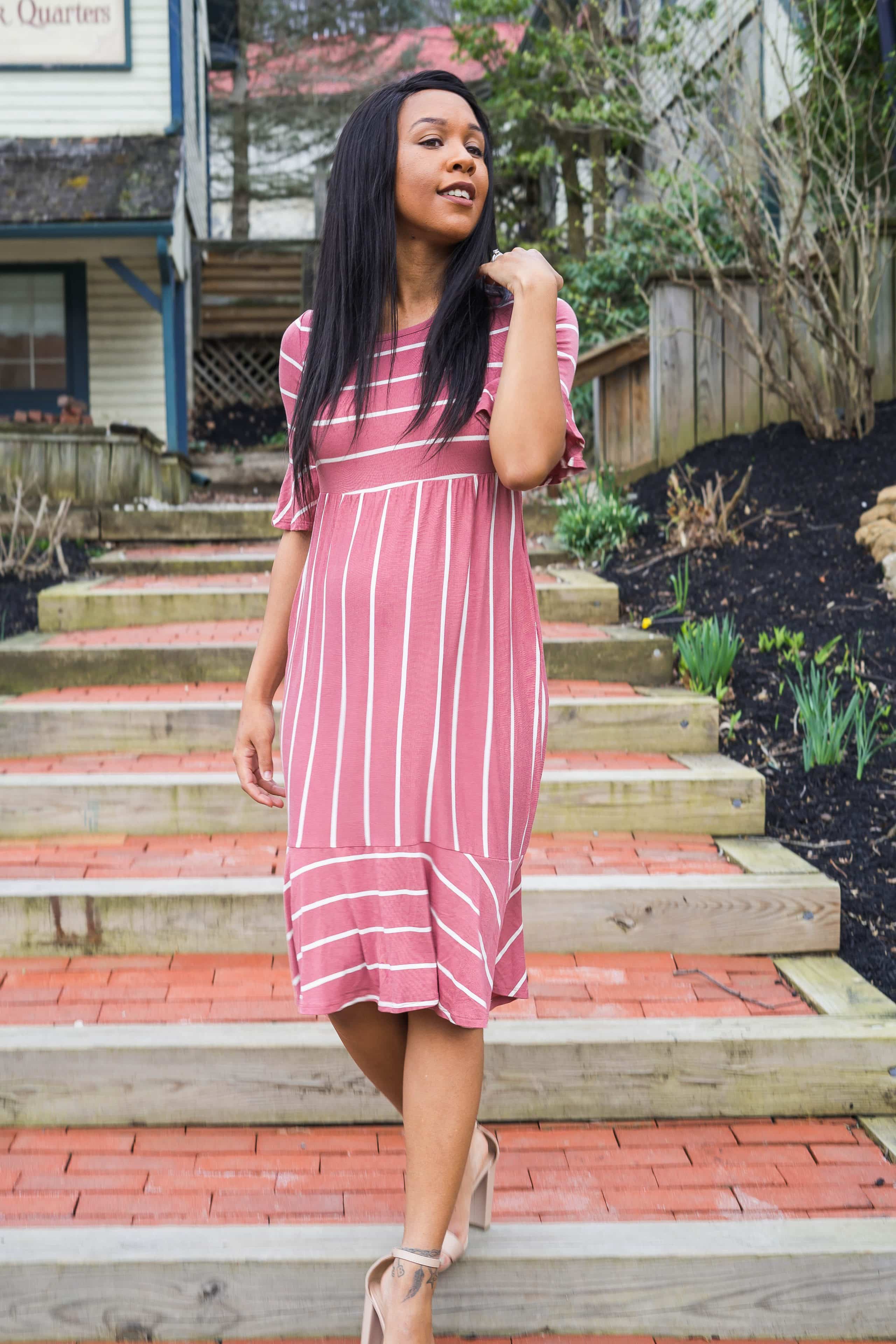 The NBD Dress for Date Night

That Luxe Life Podcast: Our Luxe Fashion, Our Luxe Beauty with Ashli Antonakos

How to Dress for the Heat

How to Style a Pink Maxi Dress

Winter Capsule Wardrobe: Chic Outfits to Create in the Winter