It’s that time of year again. The time for all the ghosts and ghouls to come out and play, and I can’t contain my excitement. At the start of October, I began planning out Halloween outfits for myself for some of the adult Halloween parties that my husband and I will be attending this year. And then for our little man, I decided that instead of a family Halloween costume, he’ll be doing a group costume with his cousin’s since he’ll be trick-or-treating with them this year.

My husband decided to just throw on his Tigger onesie from our couple’s Halloween costume that we did last year, and as much as I love a good couple’s costume, I decided that he was going to be a lone ranger and I was going to go with a stylish Halloween costume like I usually do. Previously, I put together a stylish werewolf Halloween costume and a stylish Vampire costume. I loved putting together those looks especially when it came down to the makeup, but this year, I wanted to step back from a fully makeup look and create something that focused on the aesthetic of the persona that I wanted to take on – the witch.

When I first begin thinking how I was going to put together my witch costume, I started with considering of what fashion pieces would work well and what pieces would bring this modern witch costume to life without looking like it was too much. The aim for my costume was to embody the witchy aesthetic that has a sultry vibe to it without creating a super sexy witch costume. When it comes to my stylish Halloween costumes, I like to keep it fashionable without going too sexy. As I looked for inspiration, I bounced between finding Wicked Witch of the West looks and also some Glenda the Good Witch looks (which I will say that I adore the pink witch look), but after all was said and done, I ended up putting together an easy witch costume that you can DIY yourself easily this Halloween. 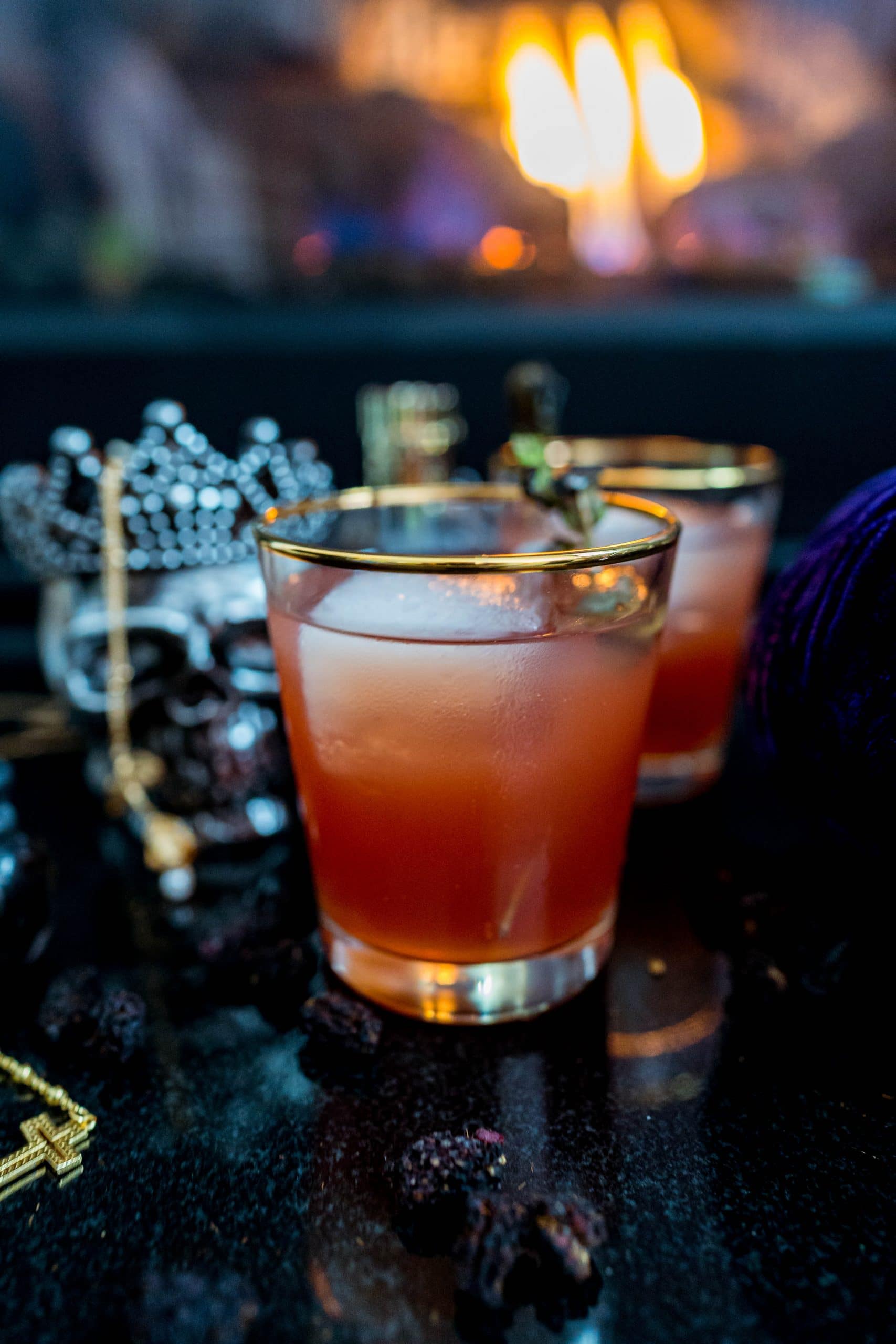 As you get ready to prepare your stylish witch costume, first think of what you are comfortable wearing and what type of event you’ll be attending in this costume. If you’re not someone who likes wearing short dresses, then don’t. And if you’re someone who likes to wear pants in stead of dresses, then do so. Putting together your modern witch costume is about fulfilling the aesthetic – which we will talk about a little more below – and part of that witch vibe is that a witch has to be confident in what she is doing and what she is wearing.

Put together a look that works for you because there are so many options for every single body type when it comes to putting together a witch costume for Halloween. Whether you’re heading out to shop in the store or shop online, you’ll be able to find plenty of options in a dress, pants, tops, and accessories that allow you to put together an adult witch costume of your choosing. And to give you a little guidance, here are a few tips to help you put together you witch Halloween costume.

How to EMBODY THE WITCH AESTHETIC THIS HALLOWEEN

Each of us has a little bit of magic in us, so why not embrace it. The witch aesthetic is al about using that magic and showing confidence in our actions and our looks.

When creating your fashionable look, you’ll want to embody the witch aesthetic in your own way. You can bring in elements of traditional witch aspects such as wearing antiqued jewelry, flowy outerwear such as capes, and buckles, or you can go modern, and add touches of modern trends that embody the witch color palette using the style tips above.

There are two types of gothic witch styles that I believe that are great places to start when looking for inspiration for a stylish witch costume – southern gothic and Victorian gothic. Both have fashionable elements to them that can be altered in order to make your witch costume fit your style.

How to Style Tie Ankle Pants

Simple Look for the Holidays & NYE

The Every Girl Fall Fashion Style