This post on my first trimester is extremely past due. I fully intended on writing it soon after my first trimester was over, but the beginning of my pregnancy was so rough and I am now just getting all of my energy back and the sickness that I dealt with is now just subsiding. I am currently 18 weeks and we are almost to the point in my pregnancy where we can find out whether we are having a baby boy or baby girl. My only preference is that we have a healthy baby, and I am super excited to find out what we are having so hubby and I can finish our registry!

Now, I don’t want to focus too much on the struggles of my first trimester, but I do want to talk about the ones that knocked me off my game the most.

The biggest struggle that I dealt with was the “morning” sickness. I, honestly, am not quite sure as to why they call it morning sickness because, for me, it lasted all day and even woke me up in the middle the night. The sickness started around the time I was about 8 weeks, so right when my pregnancy was confirmed. At first, I thought it was all in my mind, but when everything I ate wanted to come back up, I definitely knew that this wasn’t in my head.

For the majority of my first trimester, this was a daily thing. I typically could work to contain it and keep it at bay if I consistently snacked, but depending on what I ate, even the snacks wouldn’t work. And you would think that if I just ate the same thing every day and determine what was working, it would be easy. But nope, my tolerance for food would change almost weekly. With me being a teacher, I had to actively work to keep my sickness down so that I wasn’t throwing up in the middle of a lesson or running to the bathroom every other hour. It was a true struggle.

I also began losing my sense of what I was doing. For those who say that ‘baby brain’ is not a real thing, I beg to differ. I forgot almost everything and soon began to think I was losing my mind. There were numerous times that I would walk down the hallway at my job and get halfway down and forgot where I was going. There were also times at home where my husband would have to tell me something more than once because I couldn’t remember if he told me before.

I am still struggling with baby brain but I have been able to focus a little more and have gotten in the habit of leaving myself more notes in order to remind myself of things that I need to do. 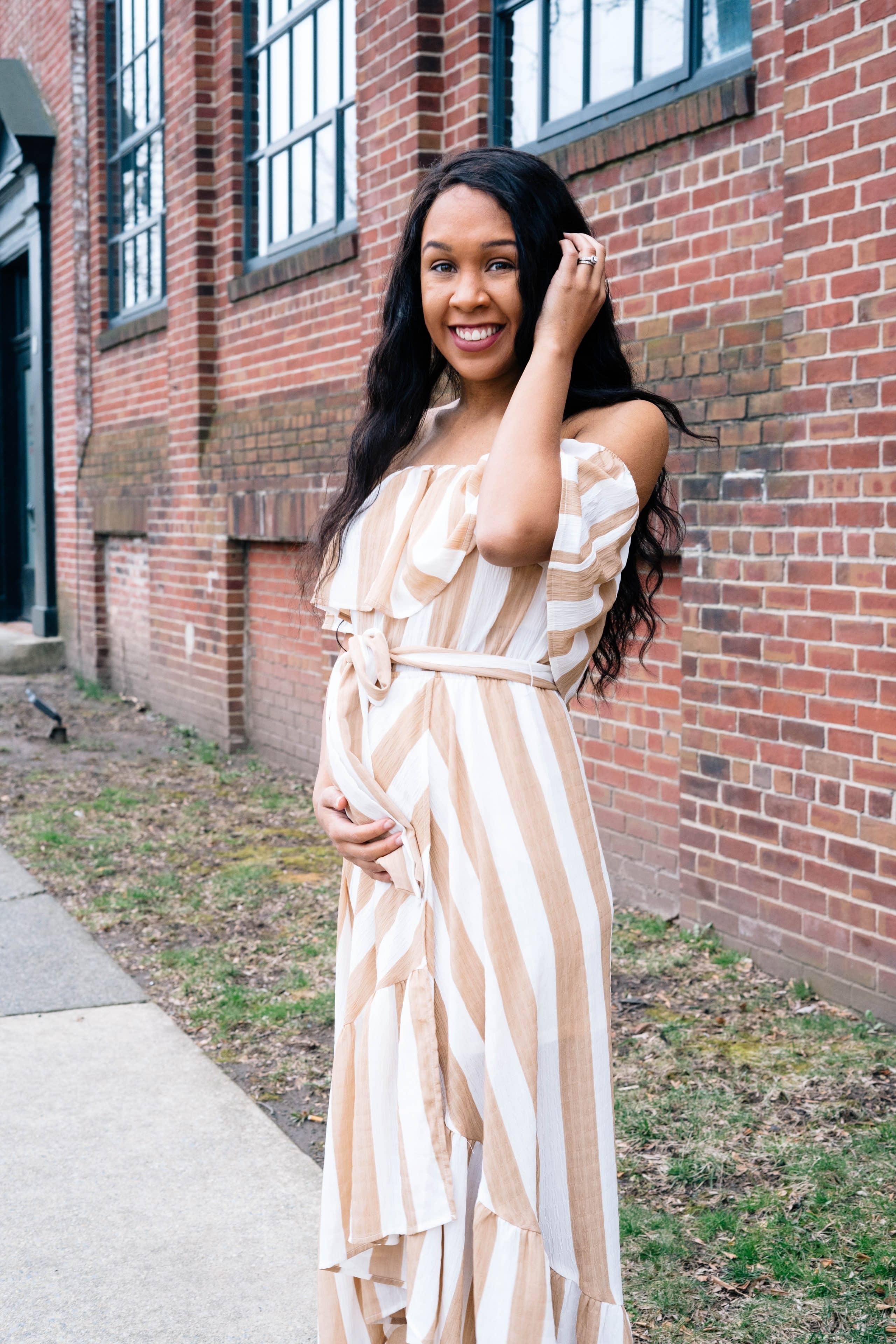 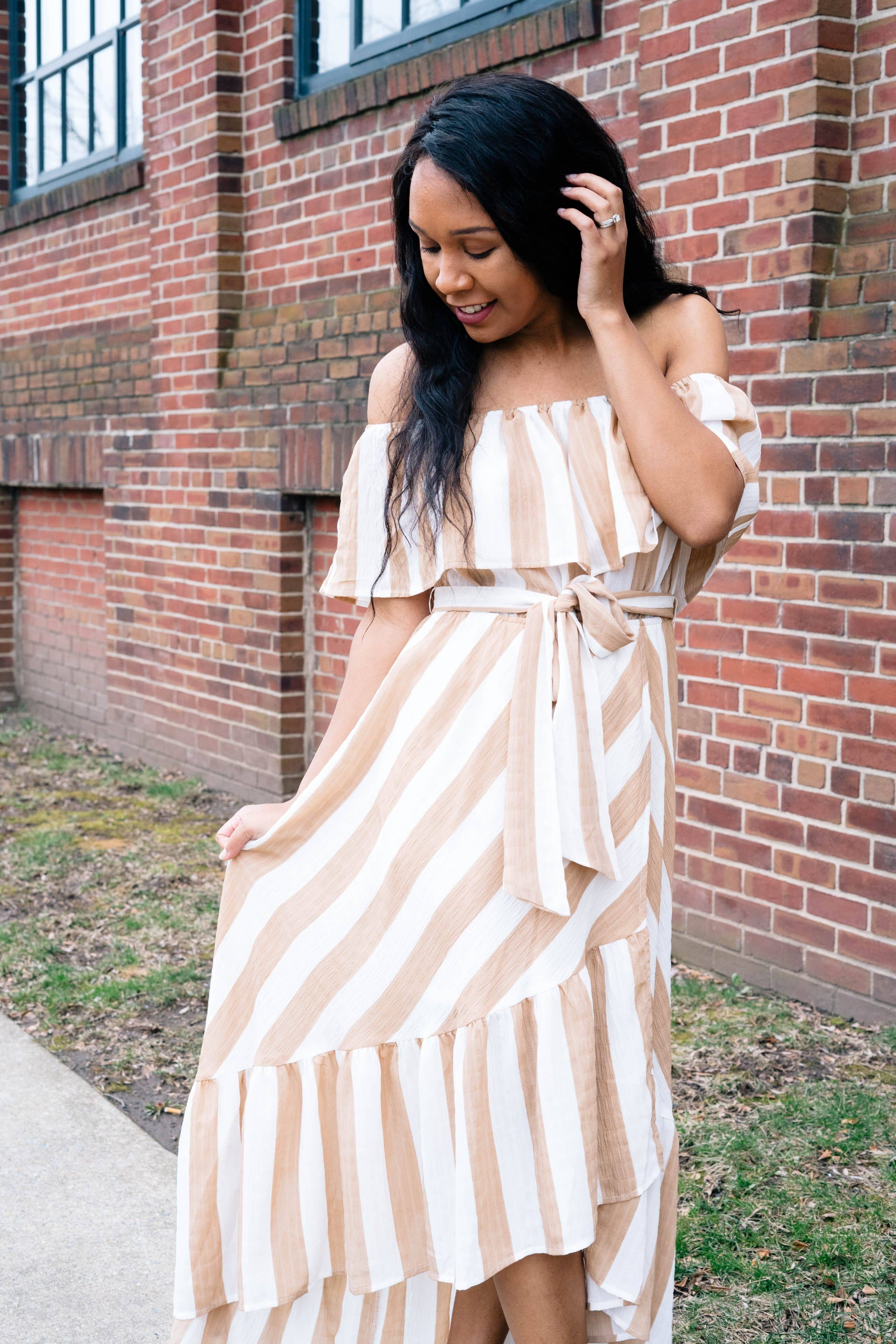 There were some surprises that I experienced during my first trimester, and it was mostly because I was able to take part in early prenatal care. Typically, the first ultrasound doesn’t take place until 8-10 weeks but we were fortunate enough to have ultrasounds done at 6, 8, and then 10 weeks.

At the 6 week ultrasounds, we couldn’t see much but we could hear the heartbeat. But at the 8-week ultrasound, we were able to start seeing baby move. It was so surprising to see the little buds of our baby’s hands and feet squiggling around as our baby rocked his/her head back and forth. To see the movement this early was such an amazing surprise and it made us really start to realize we are going to be parents.

Another surprise that I dealt with the moments that I would go without sickness. It would come in spurts and last for a few days. Those moments would freak me out because I had become so accustomed to being sick, so when I wasn’t, I immediately thought something was wrong. I soon learned that there would be days where I would not be sick and that I should take full advantage of those moments. 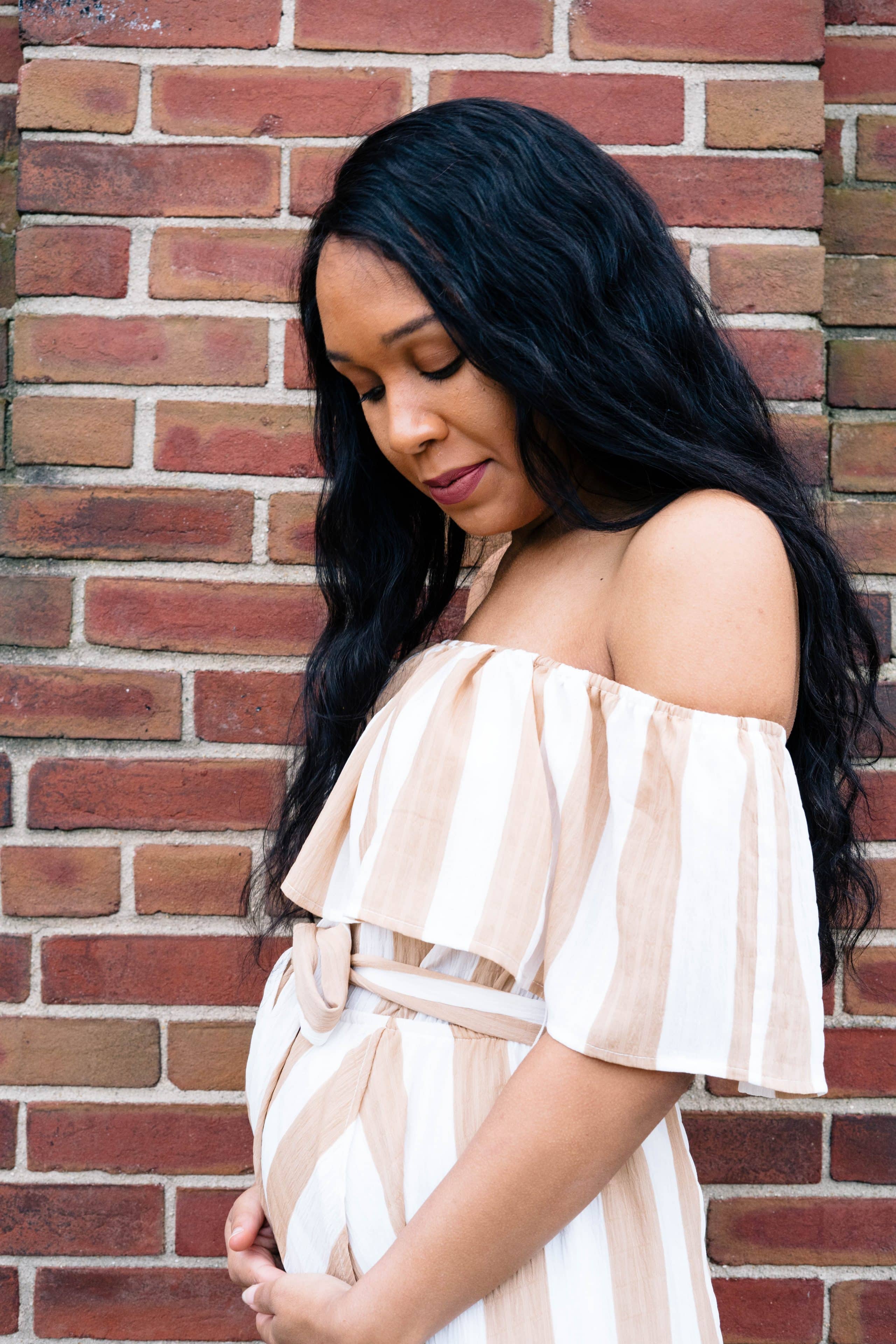 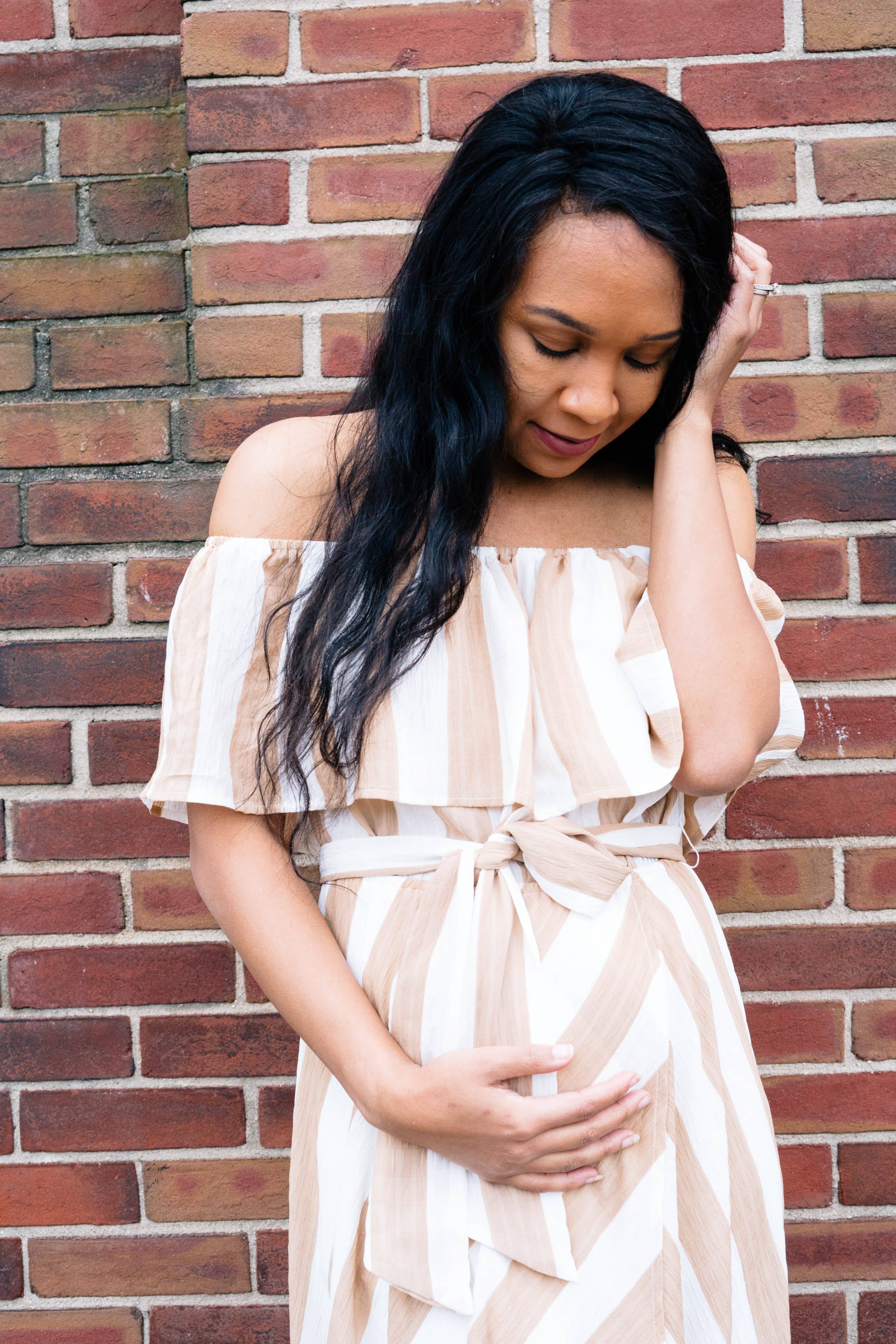 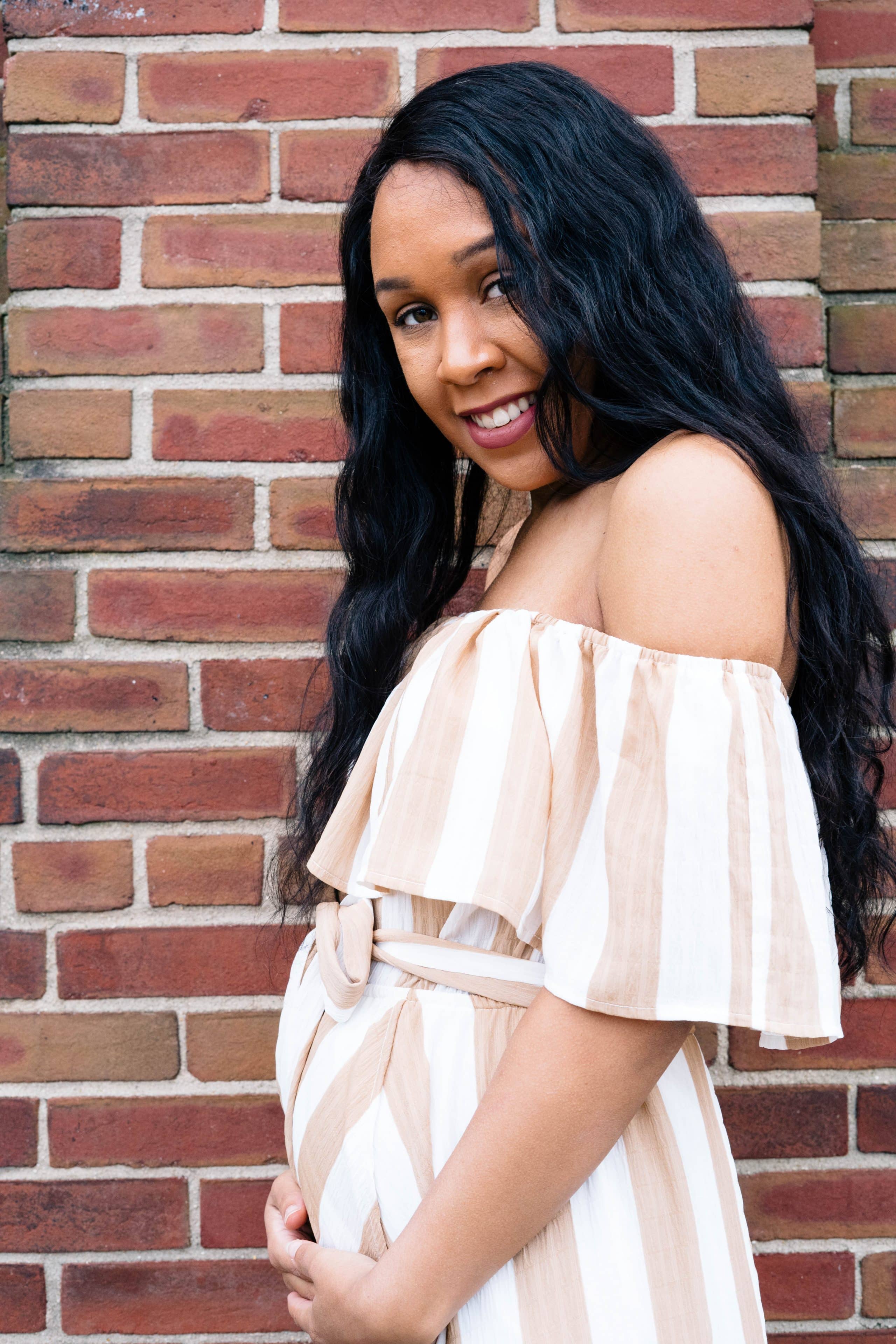 Though I had quite a few struggles in my first trimester, I was super happy about some of the perks that came along with it.

Because my body was changing, I was not able to fit into clothes that were loose on me before in the chest area, and then when my belly began to pop a little, it helped with my dresses that were a little too long because now the dress was being stretched out.

There have also been some perks that have allowed me access to things that I haven’t been able to have before and I have also been able to get away with quite a few things. A few weeks ago, my husband and I went on a short trip and our seats had us sitting on the inside. When talking to the flight crew about the fact that I was pregnant, she was actually able to move our seats so that I could have a window seat and more space in a row, and I got a few extra snacks.

At work, my students have been a lot more helpful and extremely more willing to not bother me as much so that they do not stress me out. I wish this would be something they would do regardless of me being pregnant, but I’ll take what I can get.

A personal perk is that becoming pregnant has brought me closer to my best friend, my mother, and sister – all who are mothers themselves. Being able to share stories and hear their advice about their pregnancies and getting ready for baby has deepened our relationship. 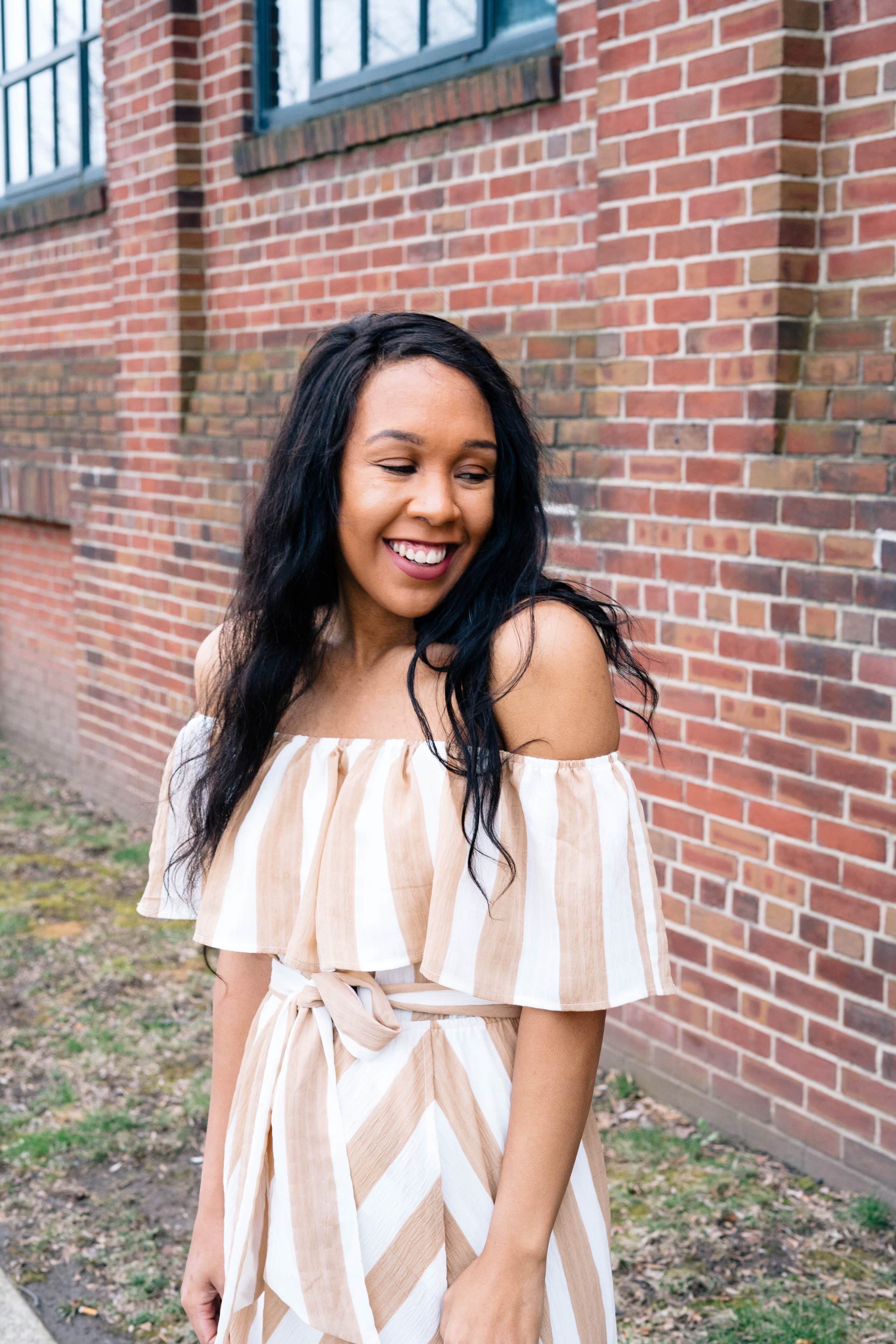 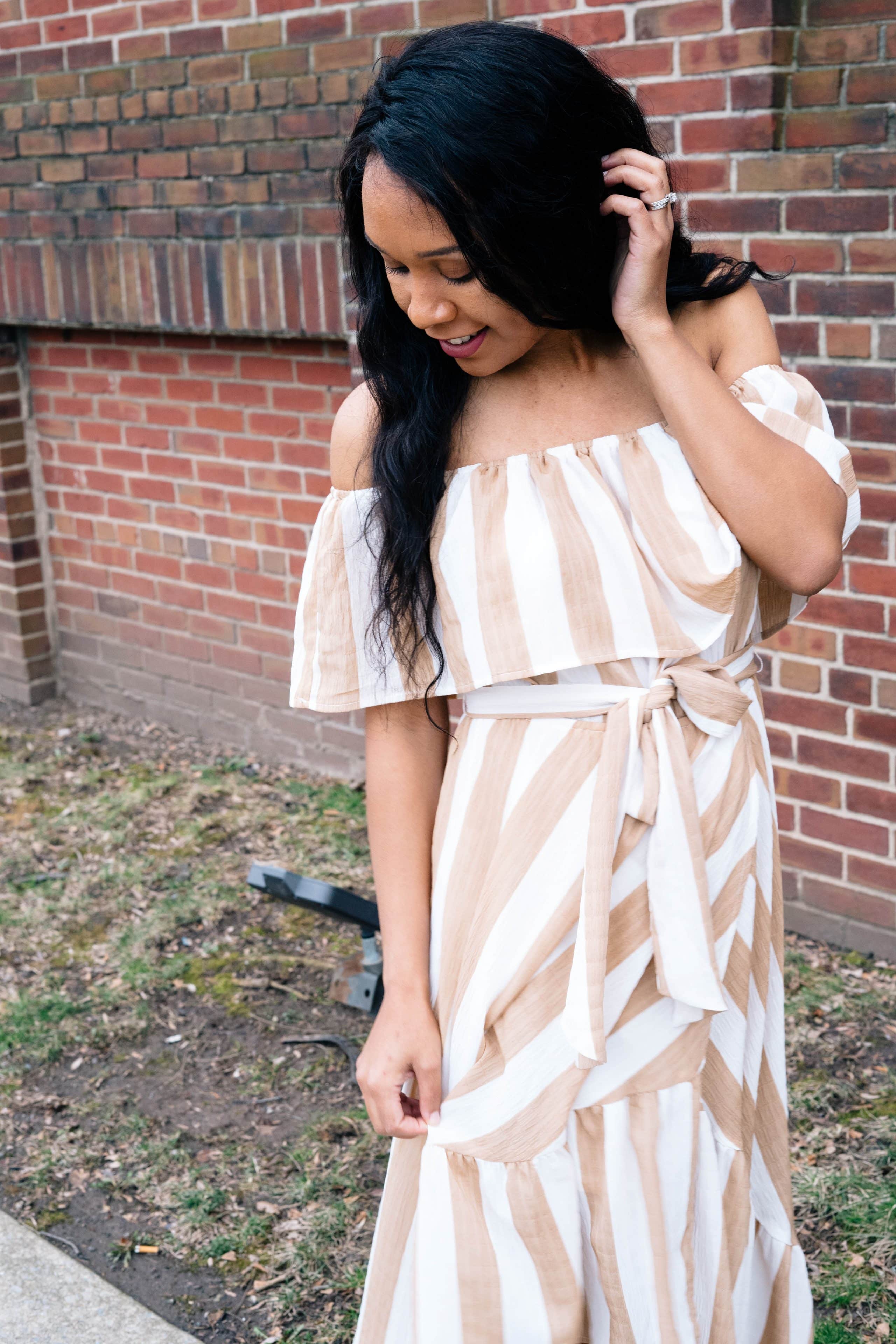 How to Style a Midi Satin Dress for the Fall

Stocking Up on Groceries with Walmart+