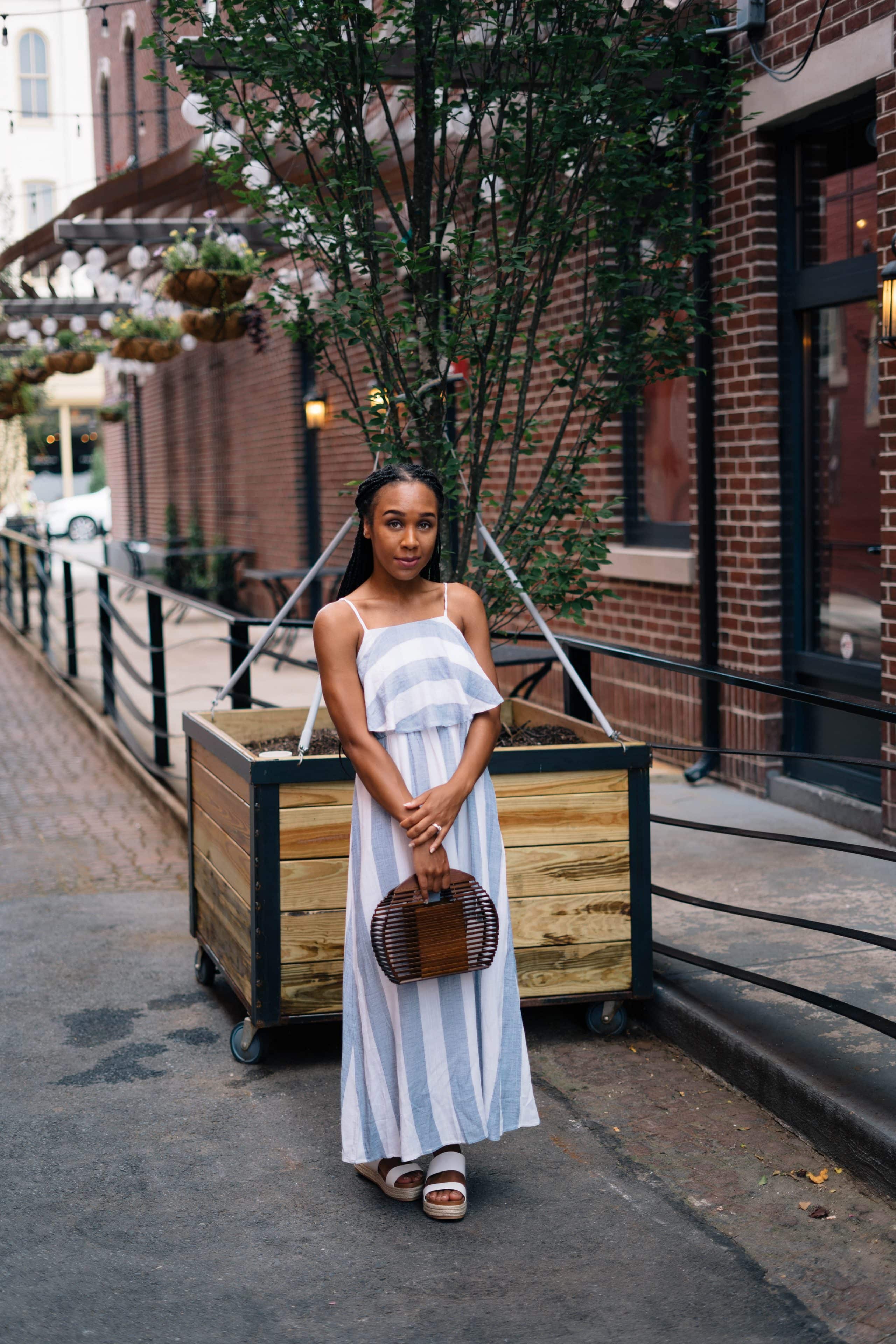 Today, I want to talk about a sensitive topic that, I will admit, I have hidden and masked over the years. Mental health is something that many, including myself, try to ignore. Or try to hide the fact that they suffer from anything that is impacting their day to day life. Being one of the people who used to do that, it’s very easy to understand why you would mask those issues. I am a person that suffers from extreme anxiety which caused me to suffer from depression and manic mood swings in my past.

Growing up, sharing things that hurt or any type of intense feeling, was something that wasn’t done very often. Most of the time, I was told that I was being overdramatic and that my feelings were derived in selfishness. And because I was told that over and over again, I began to believe it. I began to think that my feelings didn’t really matter and those intense feelings that I felt inside were something that I needed to keep hidden and not share with anyone around me. To me, my worst fear was everyone thinking that it was better to just stay away from me to avoid dealing with my emotions.

In college, when it was the first time that I was away from my family and all sense of stability, those feelings began to grow more intense. I was in a new relationship where my partner did not have a lot of trust in me being at college. Our conversations about the things I was doing at college turned into late night arguments that would cause me to skip class the next morning and spiteful actions that only led to more fights, tears, and a growing feeling of instability in the relationship. From this, my anxiety grew more and more and to mask those feelings, I started doing things to distract myself. I started telling lies to my friends and family to spare myself any embarrassment. My anxiety increased so much that I began losing sense of time and began to do very manic things. This went on my freshman and sophomore year until I finally hit rock bottom.

I stopped eating. I didn’t go to class. And I barely talked to anyone. The most conversation that I had in a day was with my roommate – who I was not on good terms with – when we spoke about the need for toilet paper or whether the other needed the remote. I felt drained and the feeling of loneliness turned into depression. And that depression led me to feel as if I didn’t want to be in this world anymore.

My last reach for help – I called my sister.

My sister had a lot going on in her life, but through her understanding my call for help, she came to campus picked me up and it was then that I was taken to see a doctor. It 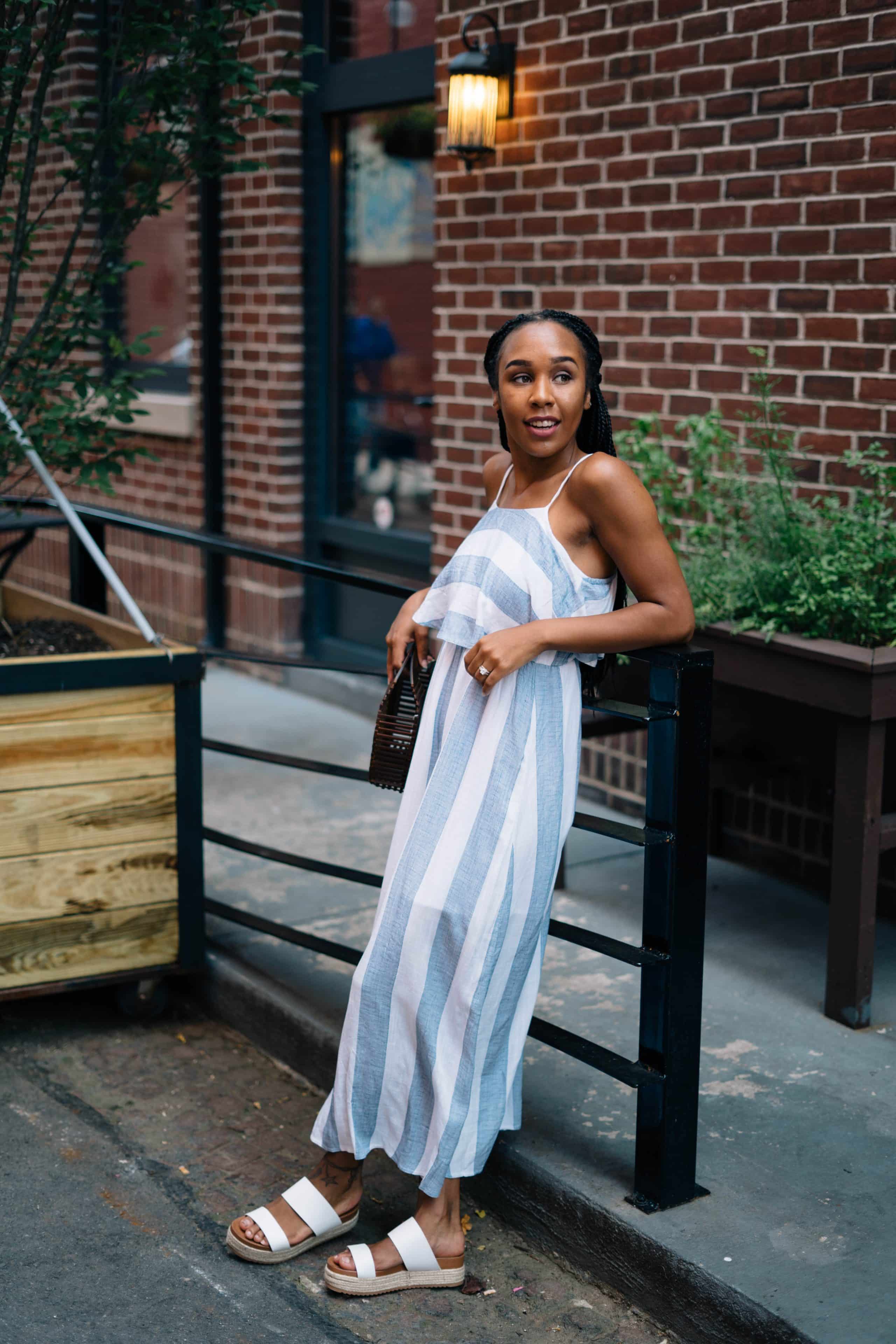 I had lost way too much weight and my doctor had to put me on sleeping pills as well as a weight gain plan, so that I could bring myself back to a physically healthy state. She made a call to a psychologist near my college who took me through the process of getting myself set up with a monthly appointment that was combined with a weekly appointment to a campus therapist.

I was prescribed an anxiety medication and the school therapist had me put on an attendance watch list that would alert her if I missed any class without me giving her a call prior to the missed class. The process made me a little upset. I didn’t like being monitored, and I wanted time back to myself. But looking back on it now, I know it saved my life.

My anxiety has not gone away. I deal with it day-in and day-out. And though it has not led me into a depressive state since then, it has caused me to have manic moments and has brought on a slight hint of OCD. But I’m living with it, and I am not ashamed of it.

Being upfront about my mental health has actually helped me to connect with my students. I have been honest about my own mental health problems, which have made a lot of them who deal with their own feel as if they are not alone and that there is a light at the end of the tunnel.

I am not going to say that I struggle with anxiety, and all that it brings, everyday. I am going to say that my anxiety has helped me to become stronger, and it is a part of me that I accept, embrace, and no longer try to hide. 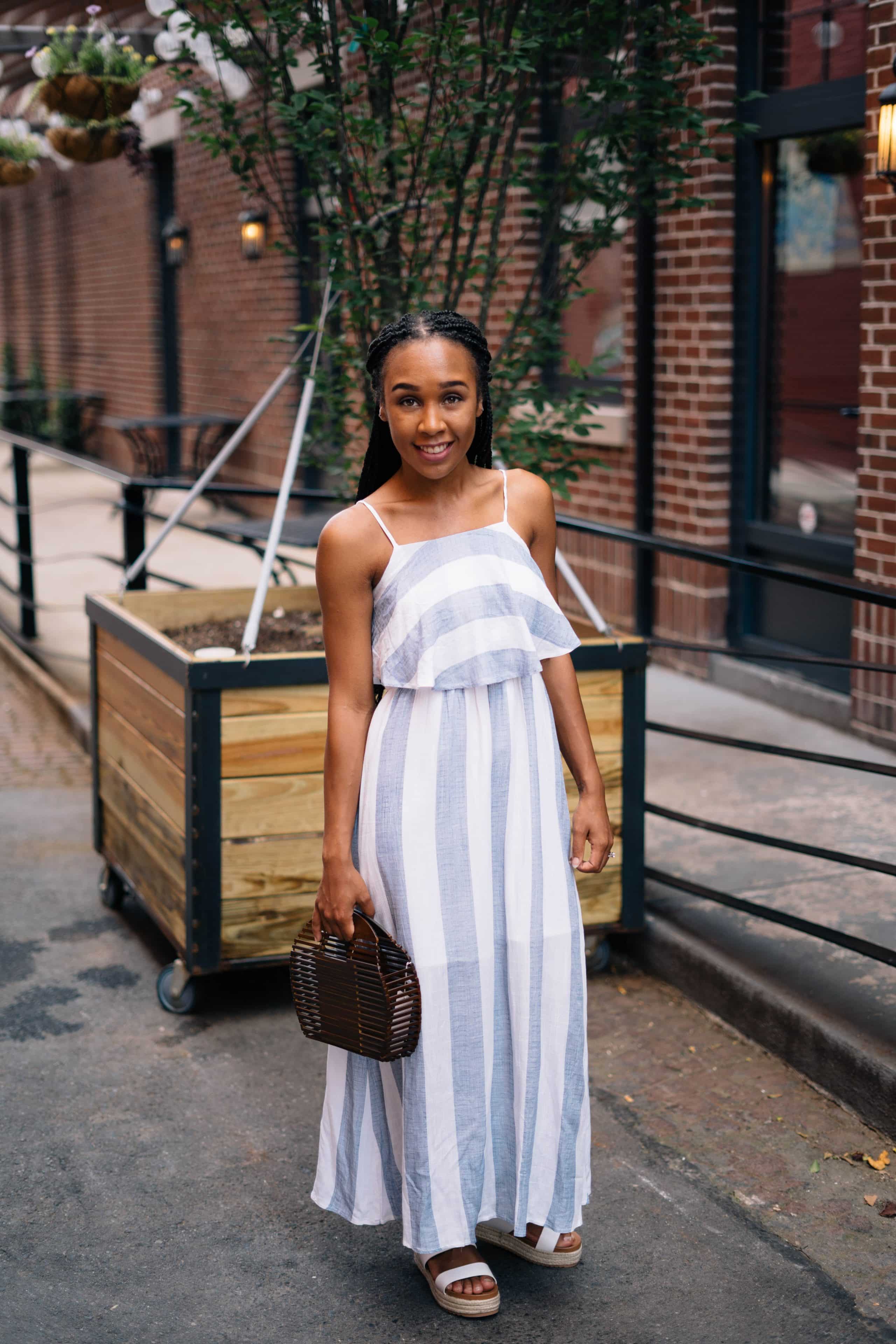 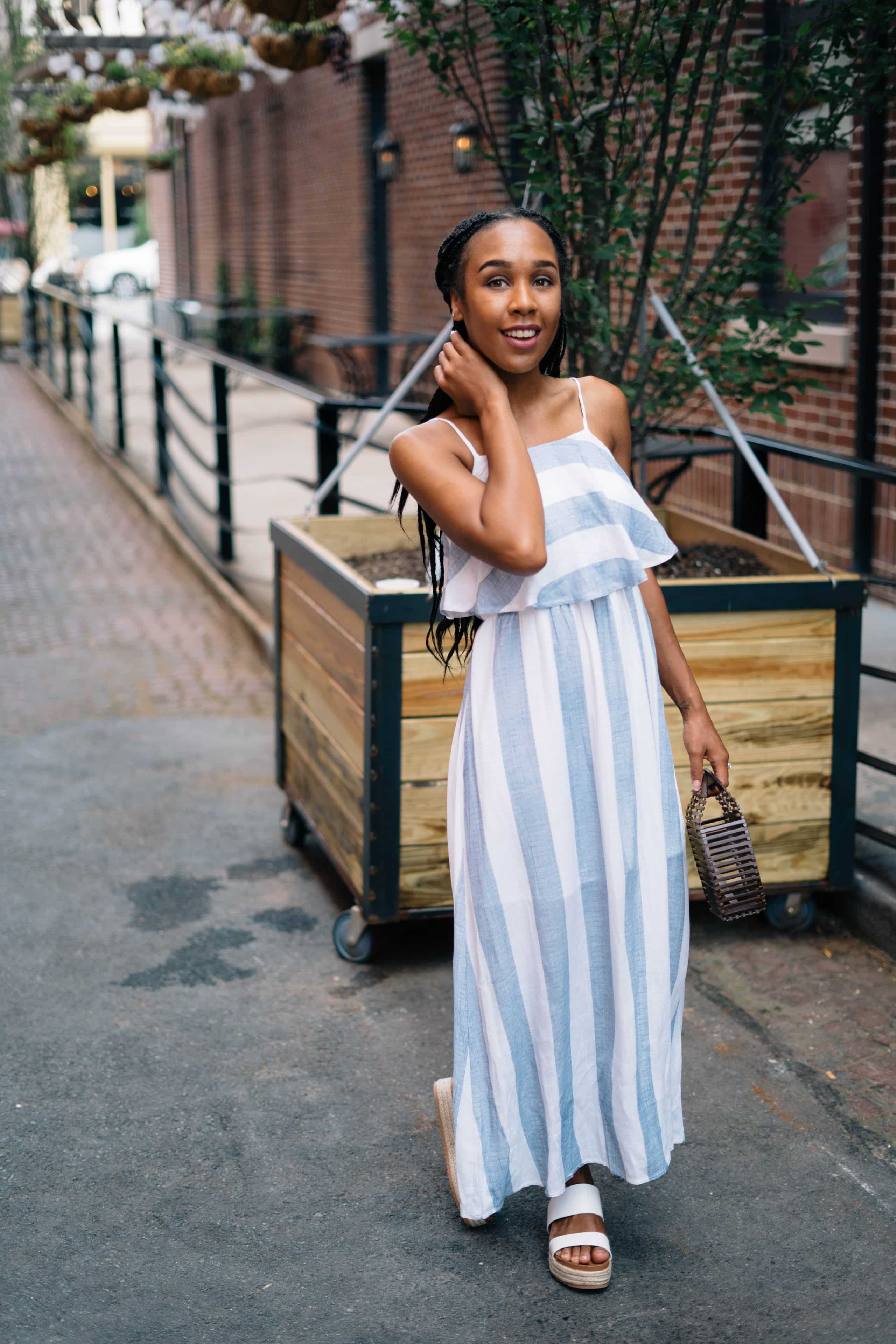 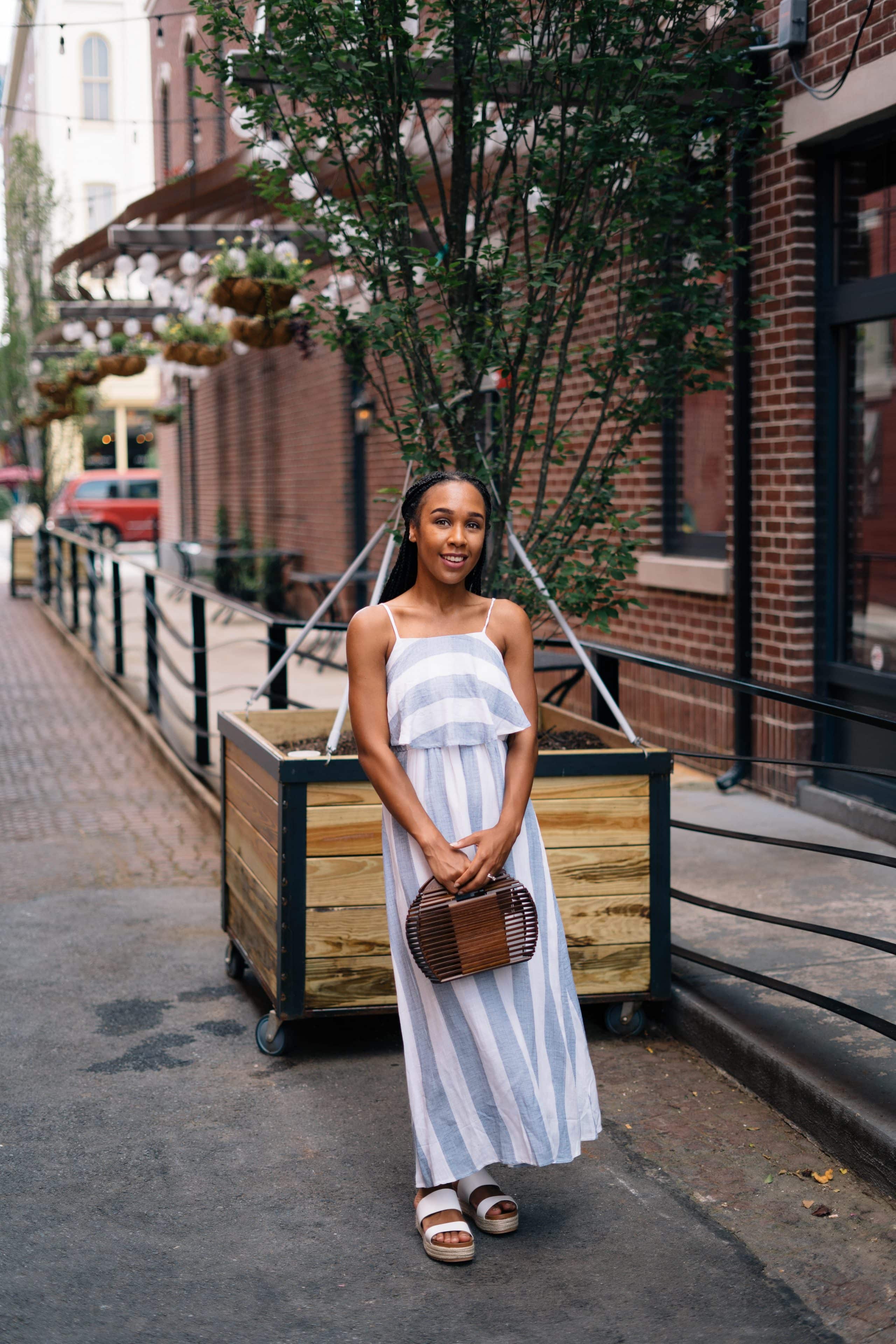 The NBD Dress for Date Night

How to Wear a Chambray Dress

That Luxe Life Podcast: The Truth Behind Luxury Fashion Bloggers

What to Wear to Happy Hour in the City